Try as you may, it isn’t easy finding too many Middle East experts who think Secretary of State John Kerry’s focus on Israeli-Palestinian peace makes much sense or has any chance of success.

Since assuming the post of America’s top diplomat in February, Kerry has visited the Middle East five times in hope of jump starting Israeli-Palestinian peace talks. Despite hours of talks with Israeli and Palestinian leaders with the goal of achieving significant progress towards peace by September, Kerry has not yet even persuaded Palestinian Authority President Mahmoud Abbas to meet with Israeli Prime Minister Benjamin Netanyahu.

None of the four scholars who responded to Daily Caller inquiries could understand Kerry’s emphasis on the conflict, and some were outright dismissive of the idea that he could broker any sort of solution.

“Kerry would have an easier time convincing Greenpeace to dine on whale steak and spotted owl than in brokering peace between Israel and Palestinians,” Michael Rubin, resident scholar at the American Enterprise Institute.

What’s more, Rubin said, with all the fires flaring around the world, it makes little sense that Kerry would devote so much time to a problem that isn’t currently in a position to be resolved.

“Egypt is imploding, and Turkey is going south fast. Antagonism between Europe and America is at an all-time high. China is bullying U.S. allies in southeast Asia. And what is Kerry doing? Off tilting at windmills,” he said.

Nathan Brown, a nonresident senior associate at the Carnegie Endowment for National Peace, told TheDC he finds Kerry’s decision to focus on the Israeli-Palestinian peace “baffling.”

“He may get formal negotiations started if he’s lucky. I can’t see him getting any farther,” Brown said of Kerry’s prospects for success.

Steven Bucci, a foreign policy scholar at the Heritage Foundation, echoed those sentiments.

Secretary of State Kerry sailed his boat, the "Isabel," on Nantucket Sound in Massachusetts as the Egyptian military removed Morsi from office on 3 July 2013

“There is little or no chance of Kerry achieving anything significant between now and September,” Bucci told TheDC. ”This effort is misplaced and cosmetic.  The growing tension between Israel and Iran is far more significant and dangerous.  That is where Secretary Kerry should be focused.”

“I think Secretary Kerry would benefit from a sense of perspective,” he told TheDC. ”Important as the Arab-Israeli talks are — or potentially are — there are two other far more important crises on the front burner:  Egypt and Syria.  The collapse of the current Egyptian government….and with it a jump into a political void, while Syria has just notched the 100,000th casualty in its civil war….[Y]ou don’t get a sense of urgency from the Secretary on these two crises.”
There has also been a distinct dearth of optimism expressed by experts elsewhere in the media about Kerry’s efforts.
“The moment for this kind of diplomacy has passed,” Robert Blecher at the International Crisis Group told the New York Times. “He’s working with actors who have acted in this movie before, and the script is built around the same elements. But the theater is new; the region is a completely different place today.”
“Were you to ask people in the leadership of both Israel and the Palestinians whether they thought resolving the conflict now, given the developments in the region, is feasible, most people would tell you it’s quite unlikely,” former Israeli ambassador to the U.S. Sallai Meridor told the Times.
“This is the fifth bid by the leading diplomat of the world’s superpower to persuade these two people to go into a room together, and even that he cannot achieve,” longtime Israeli analyst and writer David Horovitz told the Times in a separate article.  “At some point it becomes embarrassing and humiliating for the United States.”
But Kerry’s efforts aren’t quite pitching a shutout from experts. In a policy paper for the Washington Institute for Near East Studies released Wednesday titled “Kerry Stands a Chance with Israelis and Palestinians,” Institute scholar David Makovsky voiced some optimism.
“[L]ow expectations have not doomed the Kerry mission,” he wrote. “Neither Abbas nor Netanyahu wanted to be blamed if the mission failed, believing such an outcome would only complicate relations with Washington and, in Netanyahu’s case, with parts of his own public.”
“Kerry has pursued the Israeli-Palestinian issue not because he sees a peace deal as potentially transformative for the Middle East, but because he fears an outbreak of violence would have explosive resonance in a region already in turmoil,” Makovsky concluded. “Israelis and Palestinians have various tactical reasons to understate the Kerry mission. Yet if reports are to be believed, he stands at least a chance for getting the parties to the table after years of deadlock, primarily by avoiding all-or-nothing principles and finding compromises. If a breakthrough fails to emerge, nobody can accuse Kerry of not prioritizing the issue.”
AEI’s Rubin, however, says such an effort on a cause that he and many other experts believe is doomed for failure isn’t cost free.
“The idea that it never hurts to talk is nonsense,” he said. “There’s always a time and a place, and setting the right circumstances is key. Alas, the way Kerry is undertaking this, and his imminent failure, are only going to erode U.S. credibility further.”

100 historic photographs from the Library of Congress that have been restored... 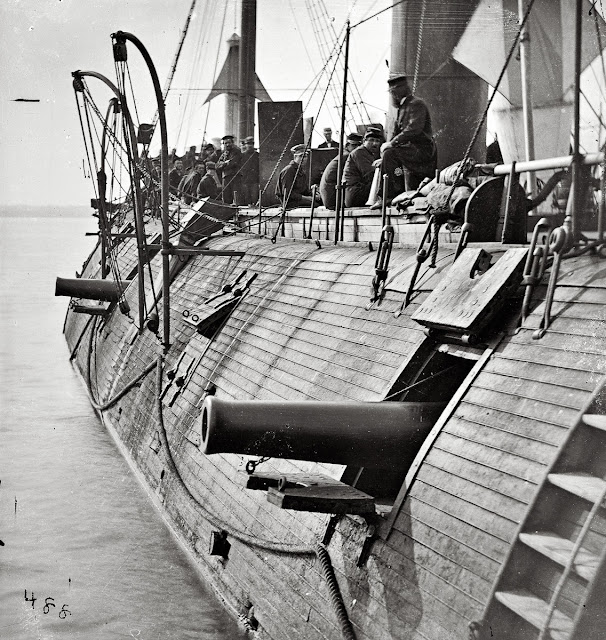 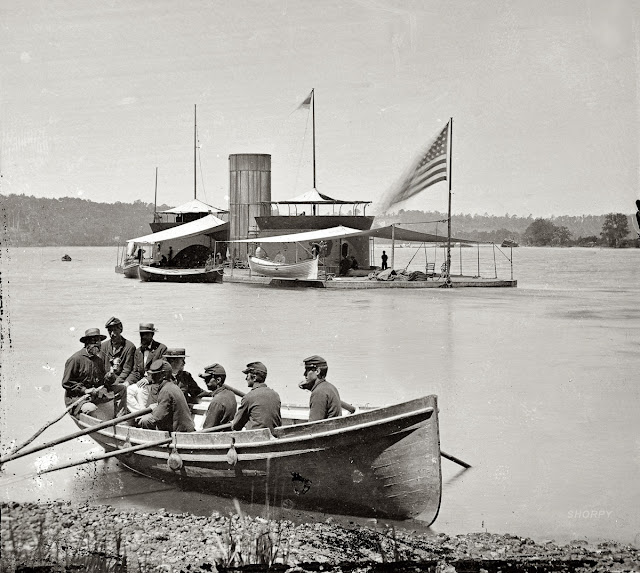 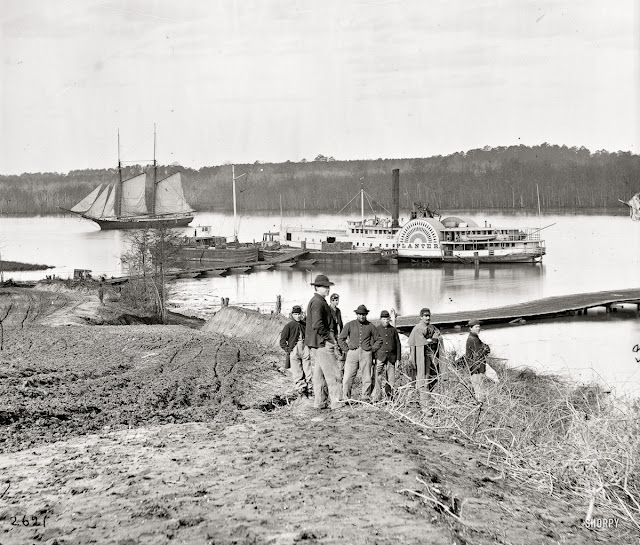 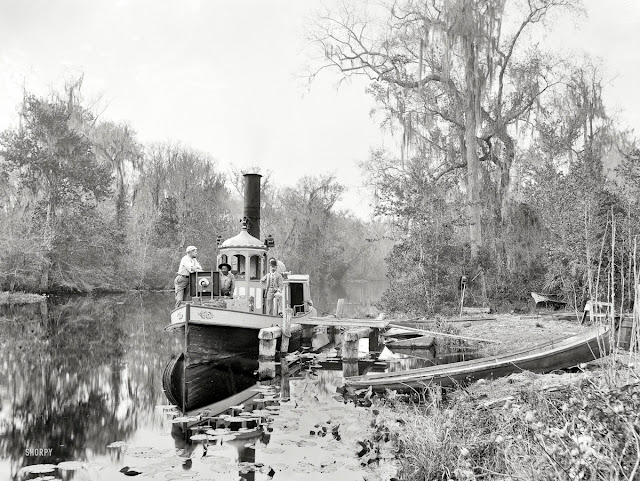 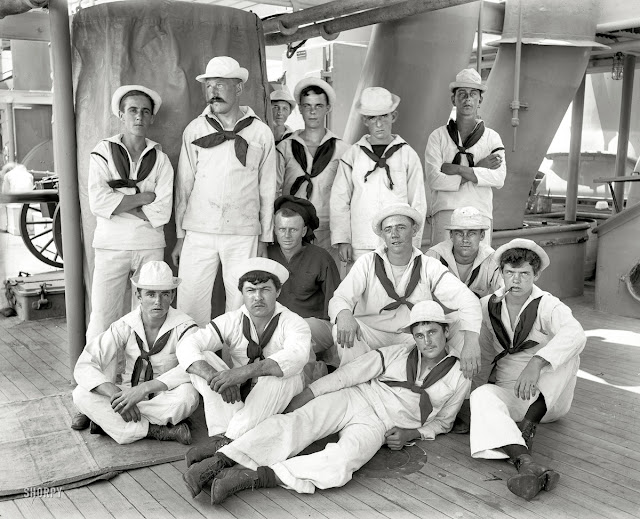