Just Be Glad That Michelle Obama Isn't Your FLOTUS & Nanny Doomberg Your Mayor... 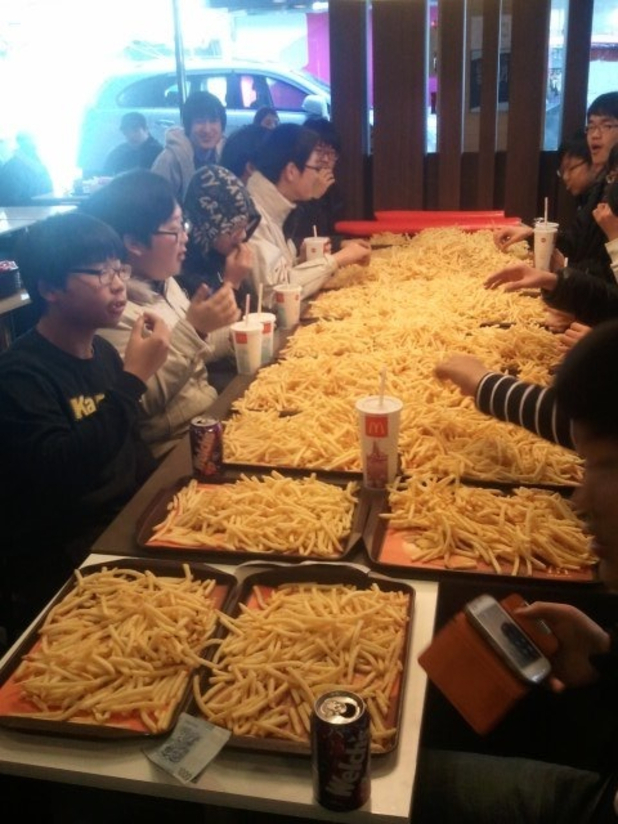 McDonald's in South Korea asks customers to leave after BUYING $250 worth of french fries!

“The ideas embodied in the New Deal Legislation were a compilation of those which had come to maturity under Herbert Hoover’s aegis. We all of us owed much to Hoover.”


A. “We might have done nothing. That would have been utter ruin. Instead we met the situation with proposals to private business and to Congress of the most gigantic program of economic defense and counterattack ever evolved in the history of the Republic. We put it into action...”

B. “No government in Washington has hitherto considered that it held so broad a responsibility for leadership in such times. . . . For the first time in the history of depression, dividends, profits, and the cost of living, have been reduced before wages have suffered.”

C. “Some of the reactionary economists urged that we should allow the liquidation to take its course until we had found bottom..."

D. "We determined that we would not follow the advice of the bitter-end liquidationists and see the whole body of debtors of the United States brought to bankruptcy and the savings of our people brought to destruction.”

E. “They were maintained until the cost of living had decreased and the profits had practically vanished. They are now the highest real wages in the world.”

F. "Creating new jobs and giving to the whole system a new breath of life; nothing has ever been devised in our history which has done more for . . . 'the common run of men and women.’”

G. "An immediate and drastic reduction of governmental expenditures by abolishing useless commissions and offices, consolidating departments and bureaus, and eliminating  extravagance to accomplish a saving of not less than 25% in the cost of the Federal Government."

H. "[His] "reckless and extravagant" spending, [thinking] that we ought to center control of everything in Washington as rapidly as possible, and [of presiding over] the greatest spending administration in peacetime in all of history [should be denounced]."

I. "[He is] leading the country down the path of socialism."

J. "We favor maintenance of the national credit by a Federal budget annually balanced on the basis of accurate Federal estimate within revenue."

L. "[We support] the removal of government from all fields of private enterprise except where necessary to develop public works and natural resources in the common interest."

M. "Equal rights to all; special privilege to none."


"Hoover was part of the 1912 Progressive party and he was in key respects a Republican Progressive in the early 20th century meaning of the term -- which is to say he was a technocrat who believed in scientific management and things like that. It is also true that as the Depression deepened Hoover did take steps in the direction of government intervention in the economy...The straw-man version of Hoover's presidency, in which he sat back and did nothing for four years, waiting on the market to correct itself is a caricature."

Boy, that Hoover sure sounded like a disciple of Austrian economics!

Posted by Sophie Ro, PHUP at 2.3.13 No comments: Links to this post