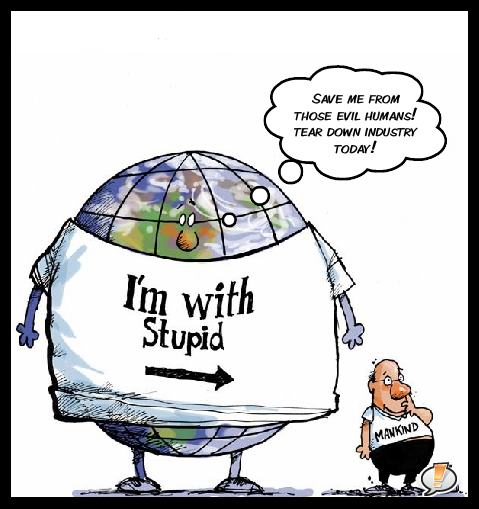 Via Gates of Vienna:

This afternoon I made an expedition to the main library, and when I got to Charlottesville I discovered to my chagrin that the downtown area was clogged with traffic. A big banner hanging across Market Street informed me that the Charlottesville Vegetarian Festival was celebrating a healthy lifestyle for the ninth straight year, and as I fought to find a parking place I saw that Lee Park and the surrounding streets were filled with festival-goers.

After coming out of the library with my books, curiosity drove me across Second Street to take a look at the festival. As a Pajamas Media correspondent with the interests of the blogosphere in mind, I went into deep cover (by putting my copy of Mona Charen’s Do-Gooders between two of Alexander McCall Smith’s books to make it less conspicuous) and strolled into the park to look at the booths and scope out the vegetarians. Unfortunately, I had not brought a camera to town, and thus am unable to provide you with any photographic record.

As Dymphna has often said, Charlottesville is “Berkeley East,” so the denim-and-granola crowd was out in force, with healthy-looking vegan women mixing freely with animal-rights activists, organic farmers, peace-‘n’-justice radicals, and assorted feminists, with regular SPCA-types and healthy-living promoters to leaven the mix. I walked among the booths and tables, enjoying the people, the colorful signs, and the mild September air.

Then my eye was caught by the following bumper sticker:

I did a double-take and backtracked for a closer look: it was the table for the “Coalition Against Civilization.”

I had to know more, so I started looking through their literature. The woman running the table noticed my interest, and helpfully pointed out the more informative pamphlets, encouraging me by telling me that they were free.

I came away with several interesting tracts (and paid $1.50 for the bumper sticker so I could display it here).

The lengthiest of my acquisitions is a pamphlet entitled “The Primitivist Primer.” It outlines a manifesto for an anti-industrial political philosophy:
O.K, so far, so good — we’re not going to coerce and dominate and exploit anybody any more. That will be nice. Of course, we also won’t coerce anyone into non-dominating non-exploiting behavior, either. Hmm…
All forms of power will be abolished! A truly Utopian plan.
Presumably the tools and implements will all be made of stone and wood and bone, because otherwise we would have to do some destructive smelting and smithing.
I can dig it. I’m ready to hang out at the all-organic non-industrial commune and truly align myself with the earth.

But there is the thorny problem — after we junk all the John Deere harvesters and grain elevators and nasty steel mills — of how to feed the five billion souls under Mother Gaia’s care. But don’t worry; the Coalition Against Civilization has taken this into consideration:
So that’s how it will work: feminist primitivists will have control over their reproductive lives. And they will do so, presumably, without birth-control pills, diaphragms, condoms, etc., because industrial technology is required to make those luxuries. One assumes that anarcho-primitivist guys will just have to do without.

So what do they want? Obviously, the elimination of technological society, the end of all political structures, and a return to a primitive agriculturally-based society. That’s quite an ambitious project.

How many people could the earth support under such a neo-Neolithic model? Ten million? A hundred million? Let’s be generous and say a billion. That means that four-fifths of the world’s population would have to disappear.

I don’t think herbal contraceptives and the rhythm method are going to do the job. And I think the leaders of these movements know it, even if they don’t dare say so in their pamphlets. To achieve their ideal society, to create their heaven on earth, four billion people will have to die. Who do you think those people will be? And who do you think will get to choose who goes, and who gets to stay? Somehow, I don’t think the Anarcho-primitivists and the Greens and the Gaia-worshipping feminists are going to volunteer to lay down their lives for the good of the Collective.

You’re on a bus with nine other people. Look around you: eight people have to die. Who will they be? The guy with the ponytail and the “Think Globally, Act Locally” T-shirt and his girlfriend with the flowered mumu? They don’t think they’ll be the ones to go. No, it will be you and all the other bozos on that bus.

When the time comes, when the Untelevised Revolution finally seizes the levers of power, it will be the Central Committee of the Anarcho-Green People’s Coalition that makes the decisions. The workers and bureaucrats and truck drivers and school children won’t just lie down in the streets to die. No, it will be Pol Pot all over again, only done righteously this time.

We know the drill; we’ve seen it so many times before. The Enemies of the People will be marched out of the cities and herded into camps to work for the common good. Those who can’t handle it, who can’t reconcile themselves to the new order will… Well, they’ll just have to be sacrificed.

They’ll go in single file across the organic soybean fields to the mass graves that have been so thoughtfully prepared for them.

And you can bet that the bulldozer and the pistol will be the last technological artifacts to be given up after the Green Millenium arrives.