Going Out Of Business: 16 Signs That The Middle Class Is Running Out Of Money Is "discretionary income" rapidly becoming a thing of the past for most American families?  Right now, there are a lot of signs that we are on the verge of a nightmarish consumer spending drought.  Incomes are down, taxes are up, many large retail chains are deeply struggling because of the lack of customers, and at this point nearly a quarter of all Americans have more credit card debt than money in the bank.  Considering the fact that consumer spending is such a large percentage of the U.S. economy, that is very bad news.  How will we ever have a sustained economic recovery if consumers don't have much money to spend?  Well, the truth is that we aren't ever going to have a sustained economic recovery.  In fact, this debt-fueled bubble of false hope that we are experiencing right now is as good as things are going to get.  Things are going to go downhill from here, and if you think that consumer spending is bad now, just wait until you see what happens over the next several years.

Even though the Dow is surging toward a record high right now, everyone knows that things are not good for the middle class.  A recent quote from CPA Howard Dvorkin kind of summarizes our current state of affairs very nicely...

"The fact of the matter is that America is broke — whether it's mortgages, student loans or credit cards, we are broke. The old rule of thumb is that people should have six months' of savings.  If you talk to people, most don't have two pennies."


These days most Americans are living from paycheck to paycheck, and thanks to rising prices and rising taxes, those paychecks are getting squeezed tighter and tighter.  Many families have had to cut back on unnecessary expenses, and some families no longer have any discretionary income at all.

The following are 16 signs that the middle class is rapidly running out of money...

#1 According to one brand new survey, 24 percent of all Americans have more credit card debt than money in the bank. 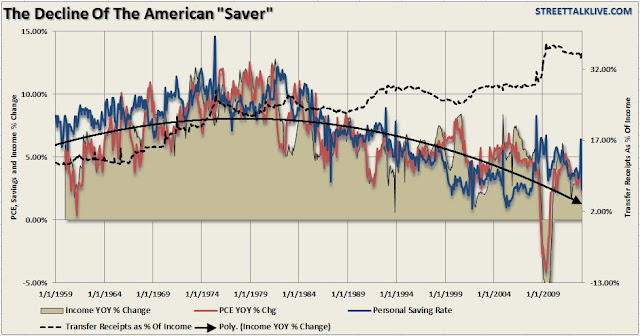 #2 J.C. Penney was once an unstoppable retail powerhouse, but now J.C. Penney has just posted its lowest annual retail sales in more than 20 years...

J.C. Penney Co. (JCP) slid the most in more than three decades after the department-store chain lost $4.3 billion in sales in the first year of Chief Executive Officer Ron Johnson’s turnaround plan.

The shares fell 18 percent to $17.40 at 11:28 a.m. in New York after earlier declining 22 percent, the biggest intraday drop since at least 1980, according to data compiled by Bloomberg. J.C. Penney yesterday said its net loss in the quarter ended Feb. 2 widened to $552 million from $87 million a year earlier. The Plano, Texas-based retailer’s annual revenue slid 25 percent to $13 billion, the lowest since at least 1987.

How much worse can things get?  At this point the decline has become so steep for J.C. Penney that Jim Cramer of CNBC is declaring that they are in "a true tailspin." 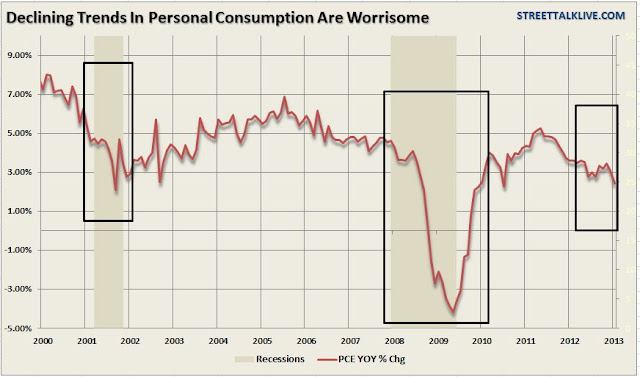 #3 In the United States today, a new car has become out of reach for most middle class Americans according to the 2013 Car Affordability Study...

Looking to buy a new car, truck or crossover? You may find it more difficult to stretch the household budget than you expected, according to a new study that finds median-income families in only one major U.S. city actually can afford the typical new vehicle.

The typical new vehicle is now more expensive than ever, averaging $30,500 in 2012, according to TrueCar.com data, and heading up again as makers curb the incentives that helped make their products more affordable during the recession when they were desperate for sales. According to the 2013 Car Affordability Study by Interest.com, only in Washington could the typical household swing the payments, the median income there running $86,680 a year.

#4 The founder of Subway Restaurants, Fred Deluca, says that the recent tax increases are having a noticeable impact on his business...

"The payroll tax is affecting sales. It's causing sales declines," he said, estimating a decline of about 2 percentage points off sales at his restaurants. "There are a lot of pressures on consumers," Deluca said, adding "I think this is on the permanent side, but I think business will adjust to it."

#5 Many other large restaurant chains are also struggling in this tough economic environment...

Clarence Otis, Darden's chairman and chief executive, said that "while results midway through the third quarter were encouraging, there were difficult macro-economic headwinds during the last month of the quarter."

"Two of the most prominent were increased payroll taxes and rising gasoline prices, which together put meaningful pressure on the discretionary purchasing power of our guests," he added.


#6 The CFO of Family Dollar recently admitted to CNBC that this is a "challenging time" because of reduced consumer spending...

At Family Dollar where the average customer makes less than $40,000 a year, the combination of a two-percent hike in the payroll tax, rising gas prices and delayed tax refunds has created a "challenging time and an uncertain time for the consumer right now," said Mary Winston, the company's chief financial officer.

"In our case, anything that takes money out of our customer's wallet gives them less money to spend in our stores," she told CNBC. "So I think all of those things create nervousness for the consumer, and I think there are sometimes political dynamics going on that they might not even fully understand the details, but they know it's not good."

#7 Even Wal-Mart is really struggling right now.  According to a recent Bloomberg article, Wal-Mart is struggling "to restock store shelves as U.S. sales slump"...

Evelin Cruz, a department manager at the Wal-Mart Supercenter in Pico Rivera, California, said Simon’s comments from the officers’ meeting were “dead on.”

“There are gaps where merchandise is missing,” Cruz said in a telephone interview. “We are not talking about a couple of empty shelves. This is throughout the store in every store. Some places look like they’re going out of business.” 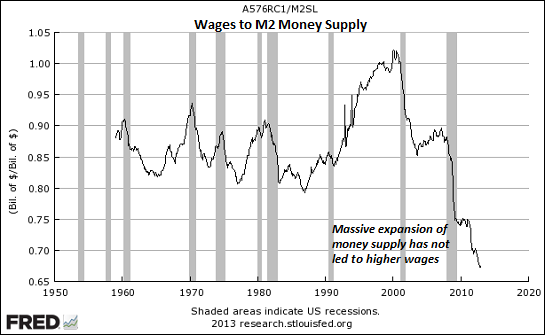 This all comes on the heels of an internal Wal-Mart memo that was leaked to the press earlier this month that described February sales as a "total disaster." 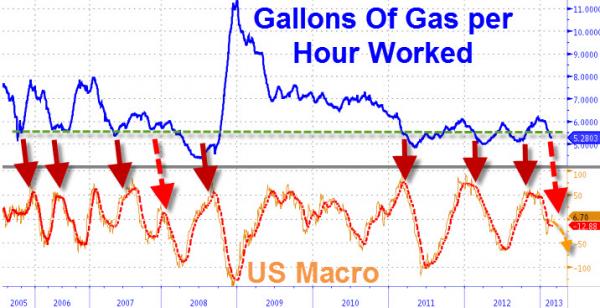 #8 Electronics retailer Best Buy continues to struggle mightily.  Best Buy just announced that it will be eliminating 400 jobs at its headquarters in Richfield, Minnesota. 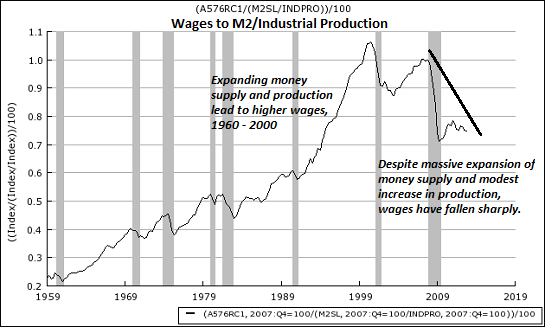 #9 It is being projected that many of the largest retail chains in America, including Best Buy, will close down hundreds of stores during 2013.  The following is a list of projected store closings for 2013 that I included in a previous article... 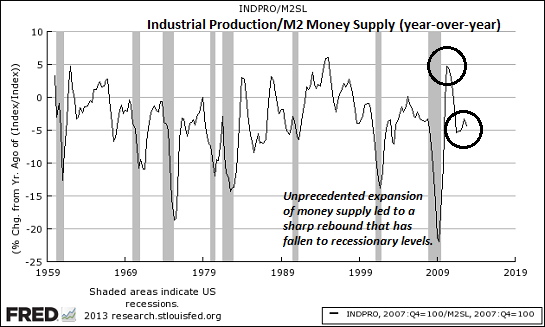 #10 Another sign that consumer spending is slowing down is the fact that less stuff is being moved around in our economy.   As I have mentioned previously, freight shipment volumes have hit their lowest level in two years, and freight expenditures have gone negative for the first time since the last recession. 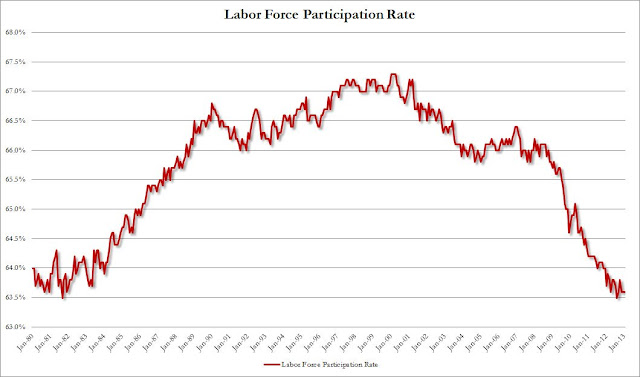 #11 Many young adults have no discretionary income to spend because they are absolutely drowning in student loan debt.  According to the New York Federal Reserve, student loan debt nearly tripled between 2004 and 2012. 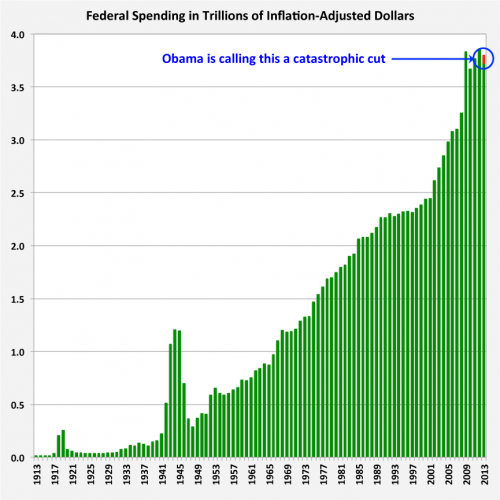