'I can't stop laughing. Goalkeeper Scott Stirling is kind of like the 'Ow, My Balls' guy from Idiocracy, only with his face.'

You will watch it over and over. It's like the Lays potato chips of gluttons for punishment videos. You can't watch it just once. 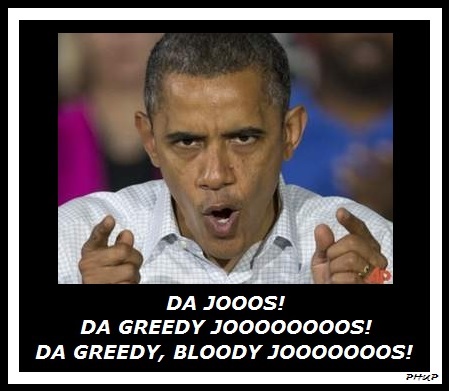 President Barack Obama conceded Wednesday that a two-state solution to bring peace between the Israelis and the Palestinian Authority won’t happen under his administration — and claimed that the failure was, at least in part, due to Israel’s continued economic success.

The admission came during a town hall forum in Argentina, when Obama told the crowd that “because Israeli society has been so successful economically, it has, I think, from a position of strength, been less willing to make concessions” to the Palestinians.

“On the other hand, the Palestinians, because of weakness, have not the political cohesion and organization to enter into negotiations and feel like they can get what they need — and so both sides just go to their separate corners,” Obama continued.

Palestinians are ALWAYS the 'poor' 'victims'...

Despite a century of history proving otherwise:

And, of course, Obama has nothing whatsoever to do with the implosion of the Middle East.

And, to suggest otherwise is RAAAAAAAAAAACIST!