What Comes After 'Europe'?

The world is closing in
Did you ever think
That we could be so close, like brothers?

The future's in the air.
I can feel it everywhere.
Blowing the wind of change. 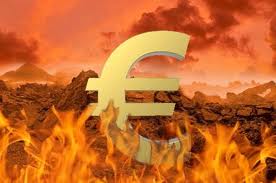 The riots of Athens will become those of Milan, Madrid and Marseilles.

Currencies will be resurrected, then devalued.

When the history of the rise and fall of postwar Western Europe is someday written, it will come in three volumes. Title them "Hard Facts," "Convenient Fictions" and—the volume still being written—"Fraud."

The hardest fact on which postwar Europe was founded was military necessity, crisply summed up by Lord Ismay's famous line that NATO's mission was "to keep the Russians out, the Americans in, and the Germans down." The next hard fact was hard money, the gift of Ludwig Erhard, author of the economic reforms that created the Deutsche mark, abolished price controls, and put inflation in check for generations. The third hard fact was the creation of Jean Monnet's common market that gave Europe a shared economic—not political—identity.

The result was the Wirtschaftswunder in Germany, Les Trente Glorieuses in France and il miracolo economico in Italy. It could have lasted into the present day. It didn't.

It was during this general slowdown that Europe entered the convenient fiction phase. 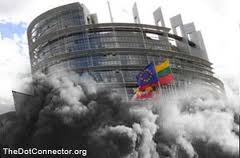 And there was, finally, the whopping fiction that Europe had its own "model," distinct and superior to the American one, that immunized it from broader international currents: globalization, Islamism, demography. Europeans love their holidays and thought they were entitled to a long holiday from history as well.

All this did wonders, for a while, to mask European failures and puff up European pride. But there is always a danger in substituting grandiosity for achievement, mistaking pronouncements for facts, or, more generally, believing in your own nonsense.

Here is where Europe slipped from convenient fiction to outright fraud.

What is now happening in Europe isn't so much a crisis as it is an exposure: a Madoff-type event rather than a Lehman one. The shock is that it's a shock. Greece was never going to be bailed out and will, sooner or later, default. The banks holding Greek debt will, sooner or later, be recapitalized. The recapitalization will be borne by German taxpayers, and it will bring them—sooner rather than later—to the outer limit of their forbearance. The Chinese will not ride to the rescue: They know not to throw good money after bad.

And then Italy will go Greek. Europe's crisis will lap on U.S. shores, and America's economic woes will lap on Europe's—a two-way tsunami.

America will survive this because America is a state. But as Bismarck once remarked, "Whoever speaks of Europe is wrong. Europe is a geographical expression." The "fiscal union" that's being mooted will never come to pass: German voters won't stand for it, and neither will any other country that wants to retain fiscal independence—which is to say, the core attribute of democratic sovereignty.

What comes next is the explosion of the European project. Given what European leaders have made of that project over the past 30-odd years, it's not an altogether bad thing. But it will come at a massive cost. The riots of Athens will become those of Milan, Madrid and Marseilles. Parties of the fringe will gain greater sway. Border checkpoints will return. Currencies will be resurrected, then devalued. Countries will choose decay over reform. It's a long, likely parade of horribles.

Where is the Europe of Ismay, Erhard and Monnet? It's there in memory, if anyone cares to recover it. Give it another 50 years, and maybe someone will.

Über Alles After All