If I Were The Devil and/or If I Wanted America To Fail.


IF I WERE THE DEVIL

If I were the devil … If I were the Prince of Darkness, I’d want to engulf the whole world in darkness. And I’d have a third of it’s real estate, and four-fifths of its population, but I wouldn’t be happy until I had seized the ripest apple on the tree — Thee. So I’d set about however necessary to take over the United States. I’d subvert the churches first — I’d begin with a campaign of whispers. With the wisdom of a serpent, I would whisper to you as I whispered to Eve: ‘Do as you please.’

To the young, I would whisper that ‘The Bible is a myth.’ I would convince them that man created God instead of the other way around. I would confide that what’s bad is good, and what’s good is ‘square.’ And the old, I would teach to pray, after me, ‘Our Father, which art in Washington…’

“And then I’d get organized. I’d educate authors in how to make lurid literature exciting, so that anything else would appear dull and uninteresting. I’d threaten TV with dirtier movies and vice versa. I’d pedal narcotics to whom I could. I’d sell alcohol to ladies and gentlemen of distinction. I’d tranquilize the rest with pills."

“Within a decade I’d have prisons overflowing, I’d have judges promoting pornography — soon I could evict God from the courthouse, then from the schoolhouse, and then from the houses of Congress. And in His own churches I would substitute psychology for religion, and deify science. I would lure priests and pastors into misusing boys and girls, and church money. If I were the devil I’d make the symbols of Easter an egg and the symbol of Christmas a bottle.

“If I were the devil I’d take from those, and who have, and give to those wanted until I had killed the incentive of the ambitious. And what do you bet? I could get whole states to promote gambling as thee way to get rich? I would caution against extremes and hard work, in Patriotism, in moral conduct. I would convince the young that marriage is old-fashioned, that swinging is more fun, that what you see on the TV is the way to be. And thus I could undress you in public, and I could lure you into bed with diseases for which there is no cure. In other words, if I were the devil I’d just keep right on doing on what he’s doing."

To follow, not lead; to suffer, not prosper; to despair, not dream.


I would start with energy.

I’d cut off America’s supply of cheap, abundant energy.  I couldn’t take it by force.  So, I’d make

Americans feel guilty for using the energy that heats their homes, fuels their cars, runs their businesses, and powers their economy.

I would empower unelected bureaucrats to all-but-outlaw America’s most abundant sources of energy.  And after banning its use in America, I’d make it illegal for American companies to ship it overseas.

I’d use our schools to teach one generation of Americans that our factories and our cars will cause a new Ice Age, and I’d muster a straight face so I could teach the next generation that they’re causing Global Warming.

And when it’s cold out, I’d call it Climate Change instead.

I’d imply that America’s cities and factories could run on wind power and wishes.  I’d teach children how to ignore the hypocrisy of condemning logging, mining and farming — while having roofs over their heads, heat in their homes and food on their tables.  I would never teach children that the free market is the only force in human history to uplift the poor, establish the middle class and create lasting prosperity.

I would create countless new regulations and seldom cancel old ones. They would be so complicated that only bureaucrats, lawyers and lobbyists could understand them.  That way small businesses with big ideas wouldn’t stand a chance – and I would never have to worry about another Thomas Edison, Henry Ford or Steve Jobs.

I would ridicule as “Flat Earthers” those who urge us to lower energy costs by increasing supply.  And when the evangelists of commonsense try to remind people about the law of supply and demand, I’d enlist a sympathetic media to drown them out.

I would empower unaccountable bureaucracies seated in a distant capitol to bully Americans out of their dreams and their property rights.  I’d send federal agents to raid guitar factories for using the wrong kind of wood; I’d force homeowners to tear down the homes they built on their own land.

I’d make it almost impossible for farmers to farm, miners to mine, loggers to log, and builders to build.

And because I don’t believe in free markets, I’d invent false ones.  I’d devise fictitious products—like carbon credits—and trade them in imaginary markets.  I’d convince people that this would create jobs and be good for the economy.

For every concern, I’d invent a crisis; and for every crisis, I’d invent the cause; Like shutting down entire industries and killing tens of thousands of jobs in the name of saving spotted owls.   And when everyone learned the stunning irony that the owls were victims of their larger cousins—and not people—it would already be decades too late.

I’d make it easier to stop commerce than start it – easier to kill jobs than create them – more
fashionable to resent success than to seek it.

When industries seek to create jobs, I’d file lawsuits to stop them.  And then I’d make taxpayers pay for my lawyers.

I would transform the environmental agenda from a document of conservation to an economic suicide pact.  I would concede entire industries to our economic rivals by imposing regulations that cost trillions.  I would celebrate those who preach environmental austerity in public while indulging a lavish lifestyle in private.

I’d convince Americans that Europe has it right, and America has it wrong.

I would prey on the goodness and decency of ordinary Americans.

I would only need to convince them … that all of this is for the greater good.

If I wanted America to fail, I suppose I wouldn’t change a thing. 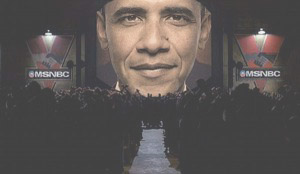 This is our land. A land of peace and of plenty. A land of harmony and hope. This is our land. Oceania. These are our people. The workers, the strivers, the builders. These are our people. The builders of our world, struggling, fighting, bleeding, dying. On the streets of our cities and on the far-flung battlefields. Fighting against the mutilation of our hopes and dreams. Who are they?

Be good my people and you shall be rewarded.  See something.  Say something.

Monthly increases in luxury rations will be as follows:

6 ounces of chocolate over last months 8.

10 Viceroy cigarettes over the previous standard of 250 that might-or-might not be delivered.

1 pint of either potato gin or potato vodka.

Remain Strong for the Cause:

We have always been at war with EastAsia.