You Say You Want A Revolution. Well, We'd All Like It If You Tried Evolution To Big Boy Pants Instead. IV

Music to read by or not and a BIG SHOUT OUT to my FINNS!

Can you help me occupy my brain?

IX.  YOU AIN'T GONNA MAKE IT WITH ANYONE ANYHOW.


"But unfortunately, there is an even larger number of people who massively enrich themselves over the last decade, incredibly so, to the degree that we now have this highly disproportionate social divisions between the rich and the poor. And I think they should be made known publicly. Public pressure, public condemnation, public shame can be very effective…I think public disclosure by the mass media could go a long way towards a social awakening that's responsible and constructive in its effects and doesn't produce stupid counterproductive witch hunt.


"You know, I've been looking at this worldwide riots that are developing. They're all a reflection of deep passion, deep resentment, and fear. Now the question’s where will this go? How can this be sort of concretized? And one thought that has occurred to me, and let me sort of mention it here casually without having really thought it through systemically. I think it will be increasingly helpful if there was a movement to publish worldwide lists of people who make largely through speculation enormous amounts of money almost instantly and basically hide the fact from their social contexts. You know, how many Americans are really fully aware of how many other good people – that’s like Warren Buffett and others - who really donate a lot of their earnings to charities, to philanthropy?

"But how many more are there in the hedge funds, in the banks, in a variety of other places who on the basis of speculation literally make millions of dollars that it would take a century or two for the average person ever to make. I would like to see those lists. And they shouldn't be that difficult to produce. And I think public pressure might have also some effect, not only in terms of moving towards more systematic international coordination and regulation, but also to pressure some of those people to give some of it back, back to society.

Who is "we," Dr Brzezinski?  Are you claiming to be part of the 99%?  Not to be a conspiracy theorist, but as one of the founders of the Trilateral Commission, along with David Rockefeller, and a hobnobber at Bilderberg and Council on Foreign Relations meetings, you are going to have a hard time convincing the peeps that you are one of them.  You ARE the trifecta, Zbig! 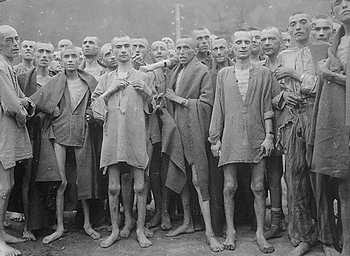 OWS: Protesters are Being Sent to "Concentration Camps"

Concentration camps were abhorrent places where people are sent to work and die.  The Nazis used them in World War II, genocidally killing six million Jews and millions of others that they considered "lesser" races.  Those in the camps were barely fed, worked upwards of sixteen hours a day doing back-breaking slave labor, and were shot on the whims of their Nazi captors.  Disease was rampant, people were caked in mud, and the only "showers" were where the S.S. sent people to be gassed.

And, according to Occupy Wall Street, being arrested by the police is the equivalent of being sent to a Concentration Camp.  It is useless to say this, because it is already readily apparent, but those at OWS have no perspective of the past, no understanding of history, and no knowledge of the world around them.

Here are just a few disgusting examples of their horrifying stupidity.


The government has opened concentration camps (this was scrubbed by the Occupy Wall Street website, but unfortunately for them Google has a cache system):

[Any President] knows that he'll be able to keep office even if he keeps our concentration camps open and habeas corpus shut down.

And some dumbass agrees:

On the OWS website, "the concentration camps have already been built:"

And a good dose of paranoia and calling the police Nazis from these posts: 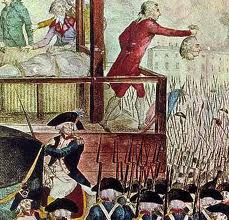 Revolutions along the lines of the French consume their own.  See Maximilien Robespierre for example!

“Part of my platform is, of course, the guilty must be punished and that we no longer let our children see their guilty leaders getting away with murder. Because it teaches children, you know, that they don’t have to have any morals as long as they have guns and are bullies and I don’t think that’s a good message.

“I first would allow the guilty bankers to pay, you know, the ability to pay back anything over $100 million [of] personal wealth because I believe in a maximum wage of $100 million. And if they are unable to live on that amount of that amount then they should, you know, go to the reeducation camps and if that doesn’t help, then being beheaded.”

Posted by Sophie Ro, PHUP at 1.2.09 No comments: Links to this post