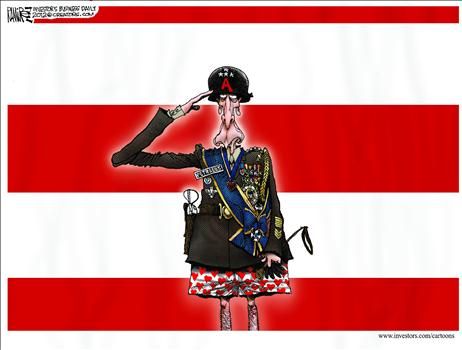 ‘In this time of nuclear weaponry and Islamic jihad, we cannot afford to wait for the fight to come to us. You need to understand that. This political correctness stuff is a bunch of crap. This generation is so goddamned spoiled and lazy that they wouldn’t know a real threat to their freedom until it interrupted the power source to their x-box and killed a half a million people. ‘The complacency of fools will destroy them.’ That’s written in the Bible.

My God, I really wonder where we’d be today if some of our current members of Congress were residing during World War II. I think that we’d all be speaking German right now and the world would have a severe shortage of Jews. These people like Harry Reid. That son of a bitch is like a man in combat who won’t provide you the cover of fire that you ask for so you end up getting your goddamned head blown off! People like him don’t know anything more about the process of defending modern freedom than they do about fornicating.

Keep moving. We’ll win this war, but we’ll win it only by fighting and by showing Progressives that we’ve got more guts than they have; or ever will have. We’re not going to just shoot the sons-of-bitches, we’re going to rip out their living Goddamned guts and use them to fuel our big-assed SUVs.

I don’t want to get any messages saying, ‘I am holding my position.’ We are not holding a Goddamned thing. Let the Progressives do that. We are advancing constantly and we are not interested in holding onto anything, except the enemy’s balls. We are going to twist his balls and kick the living shit out of him all of the time. Our basic plan of operation is to advance and to keep on advancing regardless of whether we have to go over, under, or through the enemy. We are going to go through him like crap through a goose….

From time to time there will be some complaints that we are pushing our people too hard. I don’t give a good Goddamn about such complaints. I believe in the old and sound rule that an ounce of sweat will save a gallon of blood. The harder WE push, the more Progressives we will kill. The more Progressives we kill, the fewer of our liberties will be killed. Pushing means more liberty. I want you all to remember that.

I want you to knock on doors. Ring up everyone that you know. Get in people’s faces. Bring bazookas to knife fights. Register people to vote against Obama and his team of merry henchmen, hacks, moonbats, EnviroNazis, HomoFascists, radicals, long beards, terrorist-sympathisers, and Blame America Firsters. Drive busloads of people to the polls.

Divorce your spouse if s/he intends to vote for higher taxes, higher energy bills, wealth redistribution, more debt monetisation, more currency devaluation, trillions more in debt, taxation without representation forced upon your future heirs, jailers of ‘blasphemers’ of Progressive orthodoxy, defenders of barbarians, and for those that ‘love America so much that they want to fundamentally transform her.’

Disown your children, if they intend to vote for Progressives. They ‘care about the poor’? Well, good! Let them live amongst them and see how well government programmes help the poor! They can be foot soldiers in the War on Poverty. If they are typical of the Left, we will soon be hearing about ‘exit strategies’!

May God have mercy on my enemies because I won’t.’ 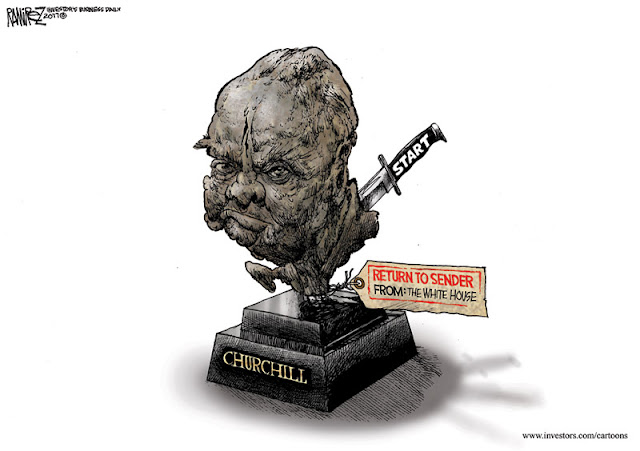 We shall go on to the end, we shall fight fundamental transformation.

We shall fight the elites and their Useful Idiots.

We shall fight with growing confidence and growing strength in resolve.

We shall defend our founding, whatever the cost in blood, sweat, and deprivation may be.

We shall fight in hallowed halls of marble colonnades.

We shall fight in hearing rooms, courtrooms, and back rooms.

We shall fight in the vipers’ nest where inky venom is spewed.

We shall fight on the delta smelt breeding grounds.

We shall fight in the solar fields and in the streets.

We shall fight in the schools and universities.

We shall fight until their beachheads lay in ruins.

We shall never surrender, for the very liberties of freedom-loving peoples and the last best hope for mankind, literally, hang in the balance.  This is a moment of existential threat to the country that we love so much.

And even if, which I do not for a moment believe, this bounteous land from sea to shining sea or a large part of it were subjugated and starving, then we will continue to fight the Overlords responsible. Moreover, our compatriots beyond the seas, armed and ready, would carry on The Struggle, until, in God’s good time, the people of reason, with all their power and might, step forth to the rescue and the liberation of the old Utopians (or not, your mileage may vary) . . . for we, armed with truth, principles, and honour shall prevail and those whom have waved the bloody hammer and sickle shall find them turned to ash.

As it ever was, as it shall evermore be.’ 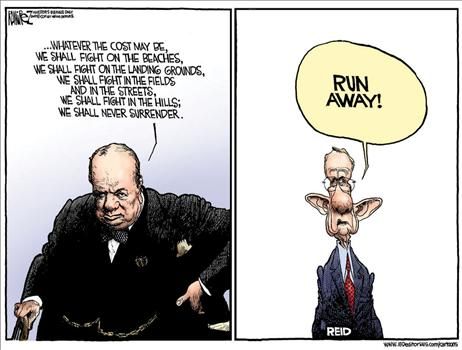 h/t Axe, who reminded me that I had written these a while ago!