Swastikas In The Woods (Photo Essay) 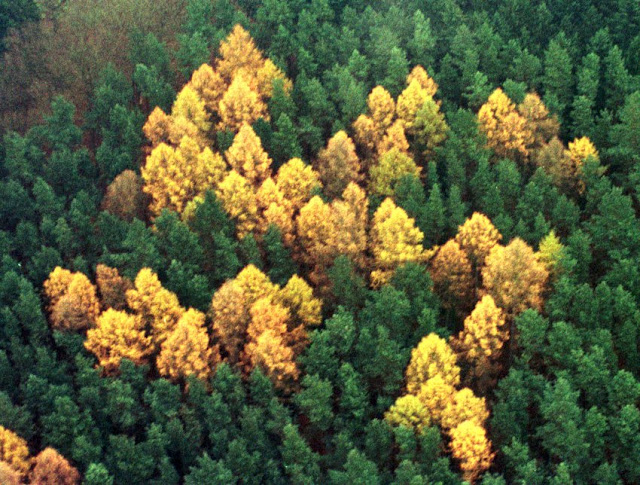 For decade, this swastika of larch trees stood undiscovered in the middle of dense pine forest near the village of Zernikow, about 110 kilometers (68 miles) northeast of Berlin. After the Nazi symbol was discovered in an aerial photograph in 1992, a scandal broke out that did serious damage to the area's reputation. 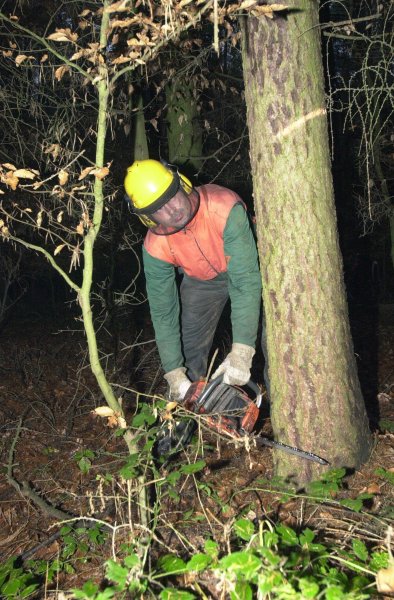 A forestry worker cuts down one of the larch trees in December 2000 after the swastika formation had drawn international outrage for a second time. The felling of the formation, which is 60 meters (197 feet) on each end, was only approved by the owners after much wrangling. 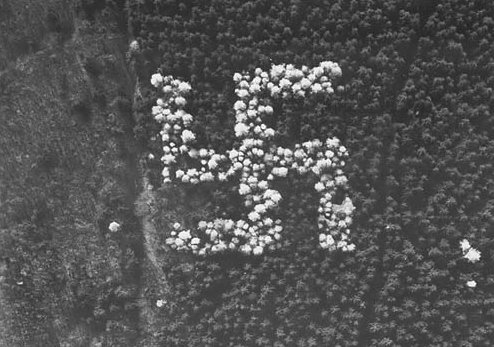 The planting of swastika formations, like this one near the town of Asterode in the western state of Hesse, was popular among foresters throughout various regions of Nazi Germany. There were many swastikas in the forests surrounding Berlin until they were removed under Soviet occupation. 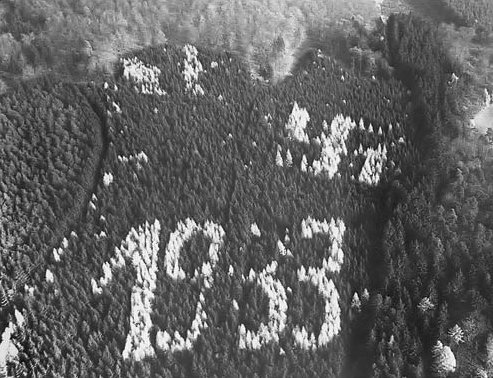 In this same wooded area of Asterode in Hesse, the numbers "1933," the year Hitler came to power, were spelled out in larch trees across a backdrop of pine forest, bursting into color in autumn. The eyesores remained for a long time, until the early 1960s, when American occupying forces discovered the trees during an aerial reconnaissance flight and complained to the local government. 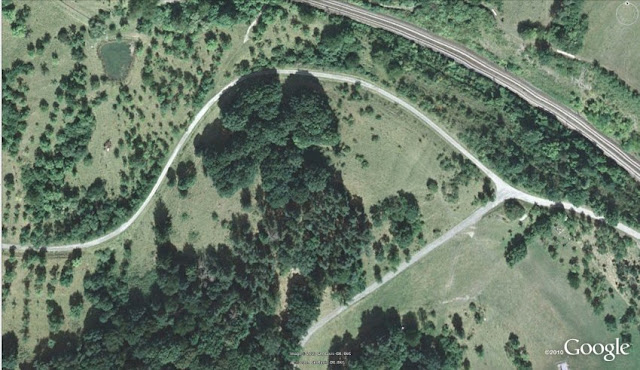 Not only the swastika was immortalized with trees. This small forest in Bavaria was planted in the form of an iron cross in 1920, as this Google Earth shot from Jan. 1, 2008 reveals. Still today, a nearby plaques advertises the "Iron Cross Natural Monument." 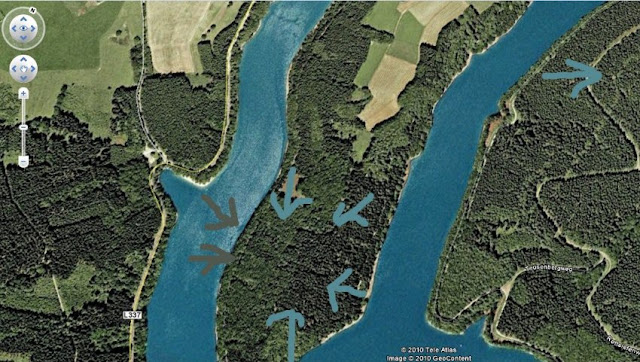 With the help of Google Earth, numerous online forums are devoted to identifying Nazi symbols that are visible only from the air. In 2005, a user of the online form bunker-nrw.de noticed this swastika in a pine forest in North Rhine-Westphalia and marked it with arrows. 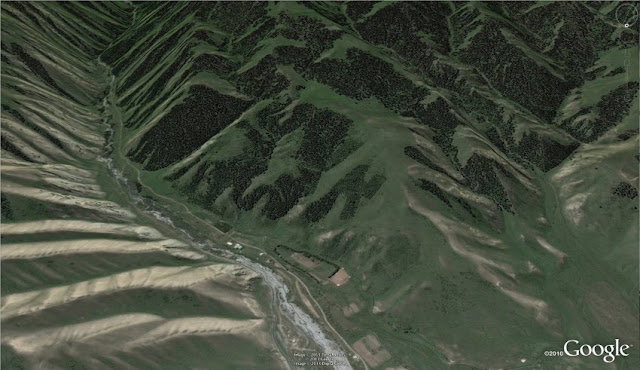 In 2006, the New York Times reported the discovery of a swastika-shaped forest in Kyrgyzstan. But the mysterious horticultural formation only resembled the Nazi symbol when viewed from the nearby village of Tash-Bashat at a very specific angle. From the air, the woods, here in the center of a Google Earth shot from June 18, 2006, look more like the leter "k." 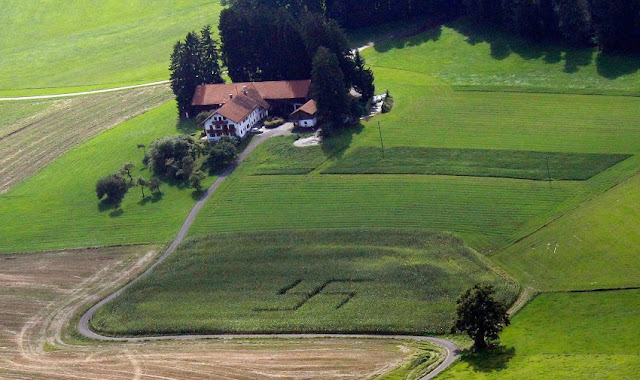 While most German forest swastikas were created by card-carrying Nazis in the 1930s, the symbol has also occurred more recently. It's still unknown who trampled this swastika into a Bavarian corn field in August of 2010. 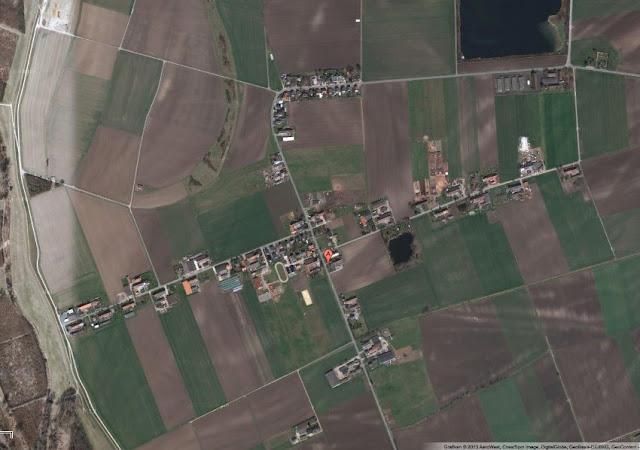 In the 1930s, Nazis constructed the entire South Hessian village of Hessenaue in the shape of a swastika. After the fall of the Third Reich, the village tried to get rid of the shape -- and yet its basic features can still be spotted on aerial photographs. 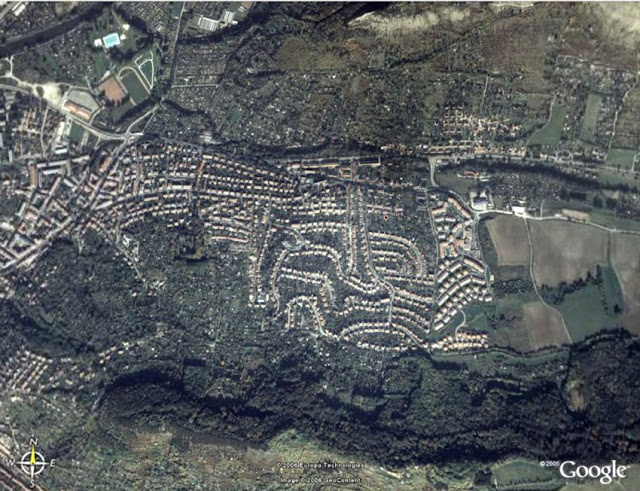 This village to the east of Jena was supposedly built in the shape of a huge imperial eagle. 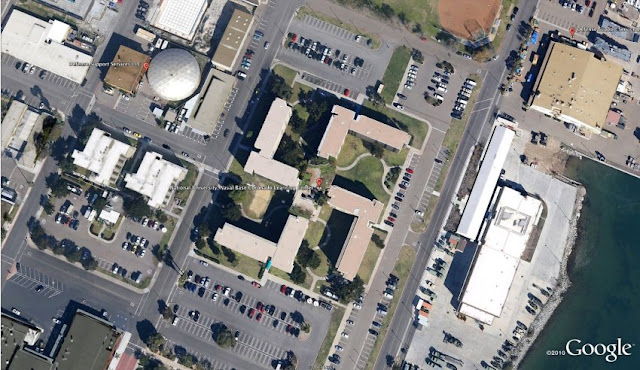 Not every Nazi symbol in an aerial photo was intentional. For decades, no one noticed the insidious form of this naval base in San Diego. But in 2007, with the help of Google Earth, the swastika shape was discovered and citizens demanded the building be torn down. The Wesley Acres retirement home in Decatur, Alabama is another accidental swastika. In 2008, the building's shape came to the attention of a Jewish activist group, which successfully lobbied to have the government-funded building altered.

A satellite image from Google Earth of the headquarters of Iran’s national airline reveals a Jewish Star of David right in the middle of the roof.