People wonder who wrote the Ron Paul newsletters.
First, if  you’re new to this topic, it’s important because for around two decades, he had newsletters written that contained much racist content. He financially profited off of the newsletters. You can read about it more in depth here.

The purpose of this entry is to answer a simple question.

Who wrote the Ron Paul newsletters?

In a 1996 interview with the Dallas Morning News, Ron Paul was asked about his newsletters. In that interview he defended them. You can read a copy of the interview here.

You can purchase a hard copy of that interview here.

In the interview, he did not deny he made the statement about the swiftness of black men.

“If you try to catch someone that has stolen a purse from you, there is no chance to catch them,” Dr. Paul said.

He also said the comment about black men in the nation’s capital was made while writing about a 1992 study produced by the National Center on Incarceration and Alternatives, a criminal justice think tank based in Virginia.

Citing statistics from the study, Dr. Paul then concluded in his column: `Given the inefficiencies of what DC laughingly calls the criminal justice system, I think we can safely assume that 95 percent of the black males in that city are semi-criminal or entirely criminal.”

“These aren’t my figures,” Dr. Paul said Tuesday. “That is the assumption you can gather from” the report."

Before we look at internal evidence, here’s a brief sample of his offensive sayings.

"We don’t think a child of 13 should be held responsible as a man of 23. That’s true for most people, but black males age 13 who have been raised on the streets and who have joined criminal gangs are as big, strong, tough, scary and culpable as any adult and should be treated as such.

“Opinion polls consistently show that only about 5 percent of blacks have sensible political opinions.”

“I think we can safely assume that 95 percent of the black males in that city are semi-criminal or entirely criminal.”

“We are constantly told that it is evil to be afraid of black men, it is hardly irrational.”

Source (As if the Paulbots care. But hey.)


If you noticed in the photo images of the Ron Paul Newsletters below you will see that one of the images clearly shows Ron Paul listed as "editor."

Now listen to an interview Ron Paul had with Wolf Blitzer on CNN:


BLITZER:  "How did this stuff" (various racist nonsense) get into the newsletter. "Who wrote it?"

PAUL:  "I have no idea. Have you ever heard of a publisher of a magazine not knowing every single thing ....The editor is responsible for the daily activity."

And who is listed in the pictured newsletter as the editor? 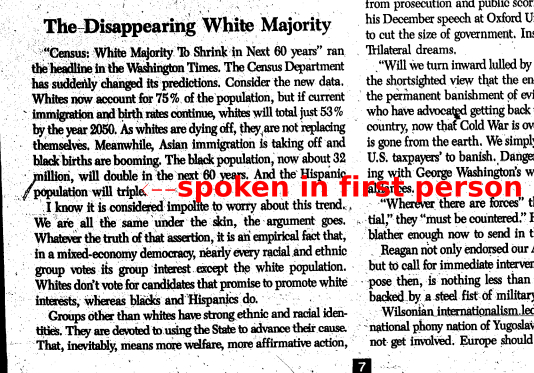 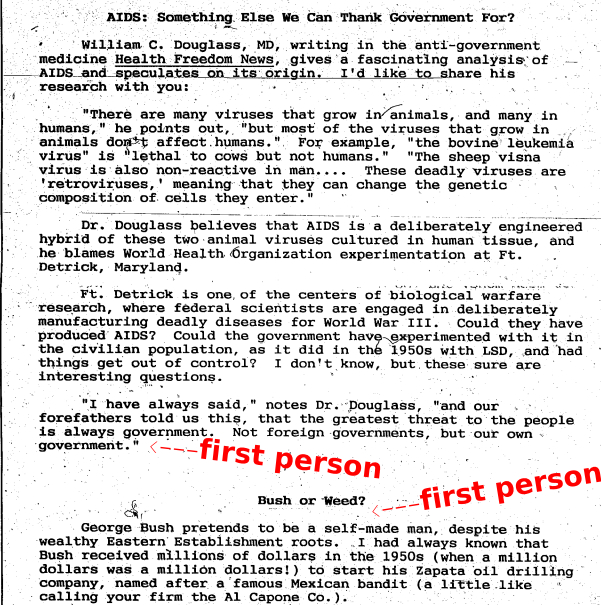 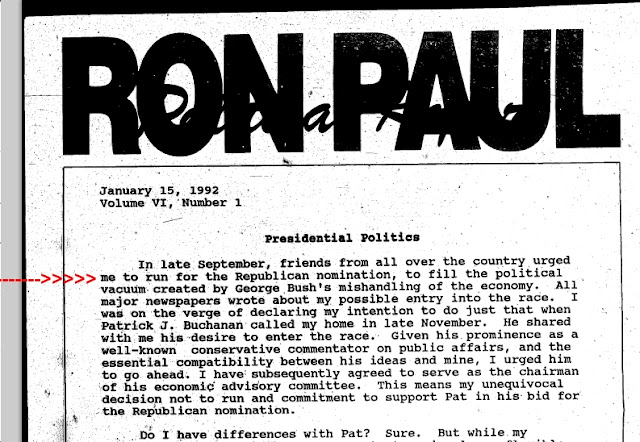 From the above picture we see the newsletter clearly implies it’s written in his name. The arrow points to a sentence that is said in the first person. This would indicate it is Ron Paul writing and not someone else.

The above picture has another first person reference. Indicating it’s not another author. 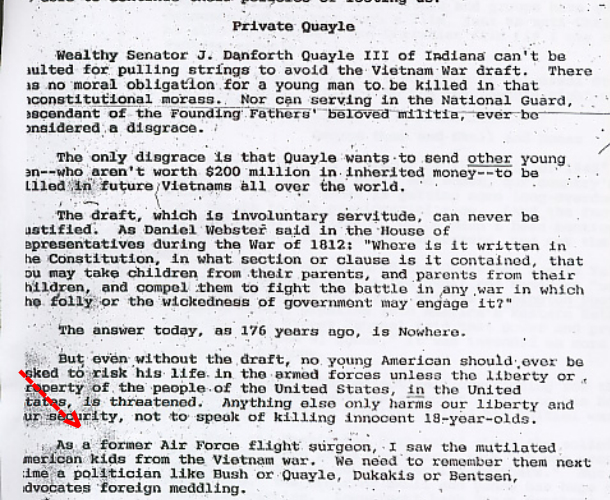 The above includes his signature. Once again indicating he’s doing the writing.

The above footer indicates Ron Paul is the editor of "The Ron Paul Investment Letter."

We have newsletter headings with Ron Paul’s name in bold.

There are numerous first person references in the newsletters.

A footer has Ron Paul listed as editor of "The Ron Paul Investment Letter."

There is a 1996 interview where Ron Paul defends the newsletters.

If every newsletter has Ron Paul’s name in big bold writing –  if there are overwhelming first person references – if the listed editor for The Ron Paul Investment Letter is Ron Paul – if you have him defending the content over and over again in 1990′s interviews – you have to conclude Ron Paul is writing this stuff.

Of course now Ron Paul offers this standard answer. But we’re not stupid. 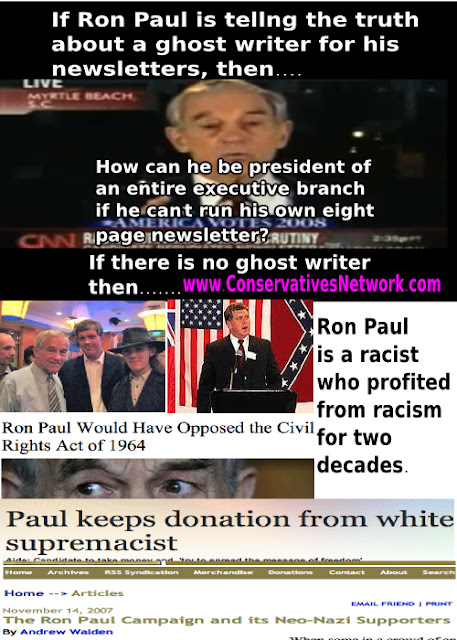 All my evidence comes from these links. Feel free to use it. too.