The Constitution, the Sour Spot, and the Great Syria Train Wreck 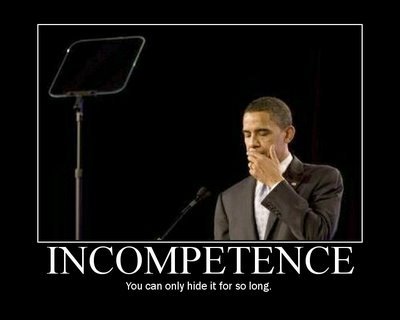 There’s a tough issue that humanitarian interventionists need to take into account when it comes to Syria. There is really no good way to read the Constitution that gives the president an unlimited unilateral power to order US forces into combat for humanitarian missions, and it is even harder to find justification for a unilateral power to order retaliatory strikes.

As commander in chief the president has a widely recognized and long established power to take emergency action to deal with military and security threats. And the president also has the power to deploy the US military on non-combat operations for humanitarian purposes—for example, when the US Navy responded to the Indian Ocean tsunami. But acts of war against an enemy that does not directly threaten the United States of America or its treaty allies must pass a tougher test.

If the president really can launch discretionary military attacks on humanitarian grounds around the world at will, we have an elected dictatorship, not a system of limited powers. Is the President of the United States to be the judge, jury and enforcer of international law even when nothing in either US or international law gives him these powers?

As a practical matter, one can see circumstances (a fast moving wave of genocidal violence while Congress is out of session, for example) in which a president could responsibly substitute consultation with Congressional leaders for a full and formal vote. But what President Obama wants in Syria is a retaliatory strike. He is not intervening rapidly to stop a wave of chemical attacks. He is acting at leisure, with reviews of evidence, international consultation, reports from observers. It seems to make little difference whether he acts on it today or tomorrow or next week. There is, evidently, no practical reason for failing to consult Congress; the President himself has chosen to postpone any military action until Congress acts on the matter. In such a case it seems very hard to create a sound constitutional argument justifying presidential action if Congress rejects his proposal.

This is a problem for humanitarian interventionists. Such interventions are generally unpopular. Poll after poll going back many years show that most Americans don’t like having US troops put in harm’s way to stop one group of foreigners from doing bad things to another foreign group. (Drone strikes and bombs are less problematic from the standpoint of public opinion, but given the real potential in some cases, like Syria, that bombing raids could set off a chain of events that led to escalation, the debates over such actions are likely to be serious and the opposition will be strong.) It is easier to bounce a president into a humanitarian war than to bounce both houses of Congress, and humanitarian interventionists don’t want a bunch of grubby congresspersons getting their stubby fingers all over their beautifully designed humanitarian wars.

Humanitarian interventionists are stuck with two tough problems: it is always going to be hard to get the US to use force in such circumstances, and it is going to be even harder to develop reliable methods for getting it done by international organizations or even coalitions. Congress could delegate some powers to the executive here; it could, for example, pass a law authorizing presidents to use force against belligerents or governments that violated certain international conventions, such as the one banning the use of chemical weapons. But to our knowledge, it hasn’t and, most probably, it wouldn’t.

Ironically, it would be easier both politically and constitutionally for the President to bomb Syria if he credibly invoked national security as the primary justification and used Assad’s atrocities as a secondary reason. Under US law, the President’s power to defend this country from enemies is much broader than his power to enforce moral norms on a global basis. If US citizens in Syria were in imminent danger either from chemical weapons attacks or from other actions by the Assad government, his justification would be even stronger.

During his time in the White House, President Obama has repeatedly demonstrated a style of decision making that gets him in trouble. Especially when the stakes are high and the issue is complex, the President overthinks himself and tries to split the difference between tough policy choices. He comes up with stratagems that work beautifully on paper and offer well reasoned, moderate alternatives to stark choices. Unfortunately, they usually don’t work all that well in the real world, with the President repeatedly ending up in the “sour spot” where his careful approaches don’t get him where he needs to go.

This style of strategy is what’s boxed him in and tied him in knots over Syria. He didn’t want to intervene (too risky) but he didn’t want to ignore the carnage completely (too heartless) so he split the difference and proclaimed a red line. He didn’t lay the political preparations for war before the red line statement; again, too risky and too warlike. Instead, he split the difference once again: he made a threat without ensuring that he’d have the backing to carry it out.

Once the red line was indisputably crossed (after some more strategic hedging on his part when the red line was ‘sort of ‘ crossed), President Obama then faced another decision: to bomb with or without Congress. Once again, intense reflection on his part led to split-the-middle decisions that made his life harder. He would bomb, but not bomb hard enough to make a real difference on the ground. That made his policies harder to defend for those who favored serious military action against Assad without doing much to build support from those who didn’t want military action at all.

But even then the President wasn’t finished splitting hairs. Bombing without Congress was too unilateral and too politically risky; but what would he do if Congress wouldn’t sign a permission slip? It must have seemed like a brainwave in hair-splitting Cloudcuckooland: he announced first that he was definitely going to bomb, then that he was going to ask Congress before bombing, then that he wasn’t necessarily bound by what Congress votes. Eerily, it’s the same kind of blooper George W. Bush made by going to the Security Council for a second Iraq resolution and then going to war anyway when he didn’t get it.

As a result, President Obama finds himself in the biggest and ugliest public mess of his career, with a total policy meltdown playing out on the front pages and cable TV studios of the world. It is like a slow motion Bay of Pigs, unrolling at an agonizing, prestige wrecking pace from day to day and week to week. It is almost impossible to defend whatever policy he actually has in mind at this point, yet the consequences of a congressional vote that opposes him are grave.

We’re hoping the Good Foreign Policy Fairy comes along and waves her magic wand over this Syria mess and somehow helps the administration avoid the disaster it has struggled so hard to produce. Otherwise, it’s hard to see anything good coming out of this epic policy meltdown beyond, perhaps, a useful reminder to future presidents that the Constitution does place limits on executive power, and that regular consultation with Congress about important foreign policy problems is probably a good idea.

If there really is a special providence for drunks, fools and the United States of America, this would be an excellent time for it to put in an appearance.

Democrats: Victims of Their Own Success

America Has No National Interests In Syria & There's No Guarantee That Our Intervention Will Make Things Any Better...For Anyone.