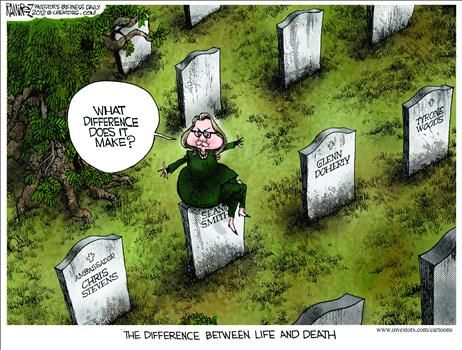 This administration sneers at reality and its consequences.

If I’m following this correctly, according to one spokesperson for the Marine Corps Band, at Monday’s inauguration Beyoncé lip-synced to the national anthem but the band accompanied her live. However, according to a second spokesperson, it was the band who were pretending to play to a pre-recorded tape while Beyoncé sang along live. So one or other of them were faking it. Or maybe both were. Or neither. I’d ask Chuck Schumer, the master of ceremonies, who was standing right behind her, but he spent the entire performance staring at her butt. If it was her butt, that is. It might just have been the bulge of the Radio Shack cassette player she was miming to. In an America with an ever more tenuous grip on reality, there’s so little to be sure of.

Whether Beyoncé was lip-syncing to the band or the band were lip-syncing to Beyoncé is like one of those red pill/ blue pill choices from The Matrix. Was President Obama lip-syncing to the Founders, rooting his inaugural address in the earliest expressions of American identity? (“The patriots of 1776 . . . gave to us a republic, a government of, and by, and for the people, entrusting each generation to keep safe our founding creed.”) Or maybe the Founders were lip-syncing to him as he appropriated the vision of the first generation of Americans and yoked it (“preserving our individual freedoms ultimately requires collective action”) to a statist pitch they would have found utterly repugnant.

The whole event had the air of a simulacrum: It looked like a presidential inauguration, but the sound was tinny and not quite in sync. Obama mouthed along to a canned vocal track: “We reject the belief that America must choose between caring for the generation that built this country and investing in the generation that will build its future.” That’s great! It’s always reassuring to know the head of state is going to take issue with all those people wedded to the “belief” that America needs either to shove every granny off the cliff or stake its newborns out on the tundra for the wolves to finish off. When it comes to facing the music, Obama is peerless at making a song and dance about tunes nobody’s whistling without ever once warbling the real big numbers (16 trillion). But, like Beyoncé, he’s totally cool and has a cute butt.

A couple of days later, it fell to the 45th president-in-waiting to encapsulate the ethos of the age in one deft sound bite: What difference does it make? Hillary Clinton’s instantly famous riposte at the Benghazi hearings is such a perfect distillation that it surely deserves to be the national motto of the United States. They should put it on Paul Krugman’s trillion-dollar coin, and in the presidential oath:

“Do you solemnly swear to preserve, protect, and defend the Constitution of the United States?”

“Sure. What difference, at this point, does it make?”

Well, it’s the difference between cool and reality — and, as Hillary’s confident reply appeared to suggest, and the delirious media reception of it confirmed, reality comes a poor second in the Obama era. The presumption of conservatives has always been that one day cold, dull reality would pierce the klieg-light sheen of Obama’s glamour. Indeed, that was the premise of Mitt Romney’s reductive presidential campaign. But, just as Beyoncé will always be way cooler than some no-name operatic soprano or a male voice choir, so Obama will always be cooler than a bunch of squaresville yawneroos boring on about jobs and debt and entitlement reform. Hillary’s cocksure sneer to Senator Johnson of Wisconsin made it explicit. At a basic level, the “difference” is the difference between truth and falsity, but the subtext took it a stage further: No matter what actually happened that night in Benghazi, you poor sad loser Republicans will never succeed in imposing that reality and its consequences on this administration.

And so a congressional hearing — one of the famous “checks and balances” of the American system — is reduced to just another piece of Beltway theater. “The form was still the same, but the animating health and vigor were fled,” as Gibbon wrote in The Decline and Fall of the Roman Empire. But he’s totally uncool, too. So Hillary lip-synced far more than Beyoncé, and was adored for it. “As I have said many times, I take responsibility,” she said. In Washington, the bold declarative oft-stated acceptance of responsibility is the classic substitute for responsibility: rhetorically “taking responsibility,” preferably “many times,” absolves one from the need to take actual responsibility even once.

In the very same self-serving testimony, the secretary of state denied that she’d ever seen the late Ambassador Stevens’s cables about the deteriorating security situation in Libya on the grounds that “1.43 million cables come to my office”– and she can’t be expected to see all of them, or any. She is as out of it as President Jefferson, who complained to his secretary of state James Madison, “We have not heard from our ambassador in Spain for two years. If we have not heard from him this year, let us write him a letter.” Today, things are even worse. Hillary has apparently not heard from any of our 1.43 million ambassadors for four years. When a foreign head of state receives the credentials of the senior emissary of the United States, he might carelessly assume that the chap surely has a line of communication back to the government he represents. For six centuries or so, this has been the minimal requirement for functioning inter-state relations. But Secretary Clinton has just testified that, in the government of the most powerful nation on earth, there is no reliable means by which a serving ambassador can report to the cabinet minister responsible for foreign policy. And nobody cares: What difference does it make?

Nor was the late Christopher Stevens any old ambassador, but rather Secretary Clinton’s close personal friend “Chris.” It was all “Chris” this, “Chris” that when Secretary Clinton and President Obama delivered their maudlin eulogies over the flag-draped coffin of their “friend.” Gosh, you’d think if they were on such intimate terms, “Chris” might have had Hillary’s e-mail address, but apparently not. He was just one of 1.43 million close personal friends cabling the State Department every hour of the day.

Four Americans are dead, but not a single person involved in the attack and the murders has been held to account. Hey, what difference does it make? Lip-syncing the national anthem beats singing it. Peddling a fictitious narrative over the coffin of your “friend” is more real than being an incompetent boss to your most vulnerable employees. And mouthing warmed-over clichés about vowing to “bring to justice” those responsible is way easier than actually bringing anyone to justice.

And so it goes:

Another six trillion in debt? What difference does it make?

An economic-stimulus bill that stimulates nothing remotely connected with the economy? What difference does it make?

The Arab Spring? Aw, whose heart isn’t stirred by those exhilarating scenes of joyful students celebrating in Tahrir Square? And who cares after the cameras depart that Egypt’s in the hands of a Jew-hating 9-11 truther whose goons burn churches and sexually assault uncovered women?

Obama is the ultimate reality show, and real reality can’t compete. Stalin famously scoffed, “How many divisions has the Pope?” Secretary Clinton was more audacious:

How many divisions has reality? Not enough.

Now I've had my share
But sometimes I swear that I've had me enough
You end up in sorrow
Broken tomorrows, love can be tough