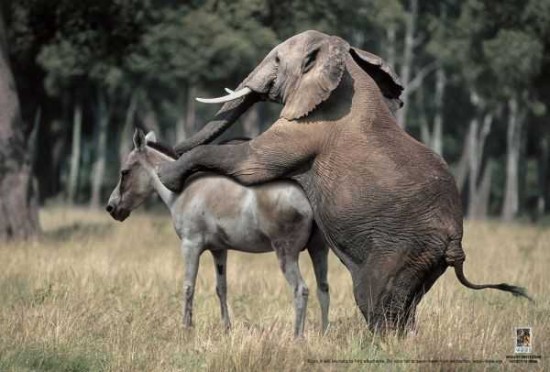 
'You need to be more imaginative and think like a conspiracy theorist. After all, it wasn’t long ago that HA was floating the idea of the IRS targeting pro-Israeli groups.'

You might wish to read the WSJ, among other publications to educate yourself on the latest revelations…

‘At least five pro-Israel organizations that have been audited by the IRS in the wake of a coordinated campaign by White House-allied activist groups in 2009 and 2010.

Many of the charities openly clashed with the Obama administration’s policy of opposing Israeli settlement construction over the so-called “Green Line,” which marks the pre-1967 boundary between Israel and the West Bank and West and East Jerusalem.

After the Obama administration took up the Israeli-Palestinian peace process as one of its most prominent foreign policy priorities in early 2009, and made a cessation of Israeli settlement construction the cornerstone of its approach, the nonprofits were subjected to a string of unflattering media reports.

The media scrutiny began as early as March 26, 2009, when the Washington Post’s David Ignatius published a column questioning the groups’ tax-exempt status.

The American-Arab Anti-Discrimination Committee (ADC) announced the next day that it would begin a campaign of filing legal complaints with the IRS and the Treasury Department to investigate groups “allegedly raising funds for the development of illegal settlements in the occupied West Bank.”

ADC is closely tied to the Obama White House. The president recorded a video greeting to the group’s annual conference and sent two senior administration officials to attend.


Fortunately, the Obama Administration has already been sued by several pro-Israeli groups and, as any lawyer will tell you – and I am – DISCOVERY IS A BIATCH.

The pro-Israel group Z STREET filed a lawsuit against the IRS in 2010, claiming an IRS agent said the organization would come under extra scrutiny because it’s “connected to Israel.”

In addition, the IRS agent told a Z STREET representative that the applications of some of those Israel-related organizations have been assigned to “a special unit in the D.C. office to determine whether the organization’s activities contradict the Administration’s public policies.”

The IRS even took the position that because Israel is a country “where terrorism happens,” the service was justified in taking additional time to determine whether Z STREET was involved with funding terrorism.

The first hearing in Z STREET v IRS is reportedly scheduled for July.

So, pro-Israeli groups got extra scrutiny while The Barack H Obama Foundation received incredibly expeditious (and retroactive) tax-exempt status, which it had illegally been claiming for 2 years, from the IRS in general, Lois Lerner in particular. Lerner’s signature is at the bottom of The Barack H Obama Foundation approval letter. If Malik was the odd man out, how did he receive such unheard of, expeditious, retroactive, and likely illegal customer service from Barack’s IRS?

It’s weird ‘cuz, like, the address that Obama used for his tax exempt organisation has no record of The Barack H Obama Foundation. In fact, the address for the foundation – 4201 Wilson Blvd. Ste 110-152, Arlington, Va. 22030 – provided to the IRS by the foundation itself is actually the location of…wait for it…

The marketing centre for A Better Today Recovery Services — a drug-and-alcohol treatment organisation, whose staff had never even heard of The Barack H Obama Foundation.

Oh, and guess what??? The Barack H Obama Foundation has been tied to a GENOCIDAL DICTATOR (Sudan’s President Omar Al-Bashir, who is wanted by the International Criminal Court on seven counts relating to crimes against humanity. As such, Bashir is the head of a country that the U.S. State Department has identified as a State Sponsor of terrorism since 1993) AND TERRORISM.

Malik Obama is the Executive Secretary of the Islamic Da’wa Organization (IDO) as reported by all major Saudi press, including Okaz.

According to Walid Shoebat, formerly of the Muslim Brotherhood and now a member of Now Peace Activists, 'Malik Obama attended the Islamic Da’wa Organisation (IDO) conference in Khartoum, the capital of Sudan. One of the objectives of the IDO is to spread Wahhabist Islam across the African continent.

Bashir wasn’t just present at the conference; he supervised it. In this photo, from the Barack H Obama Foundation website, headed by Malik, Bashir can be seen dressed in black, to the right. Another man to take notice of is seated directly to the right of Bashir.  His name is Suar Al Dahab (and we’ll get to him in a few): 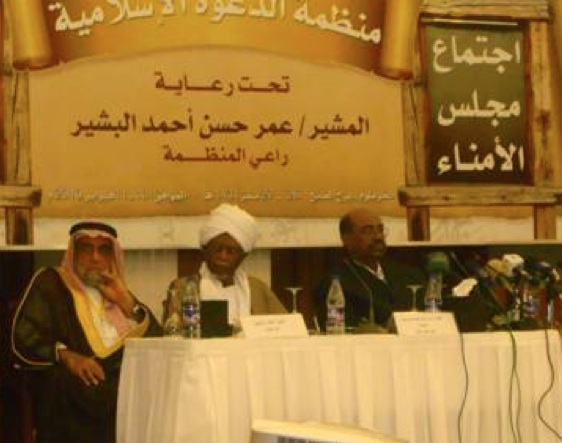 The banner in the background, when translated, says the following: 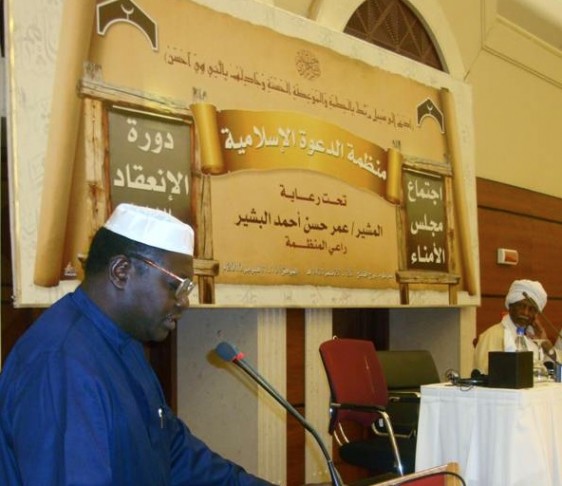 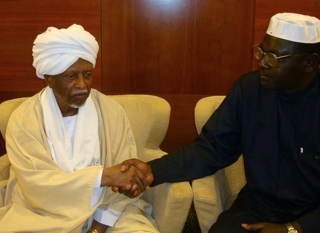 Malik Obama with Suar Al Dahab at the 2010 IDO Conference 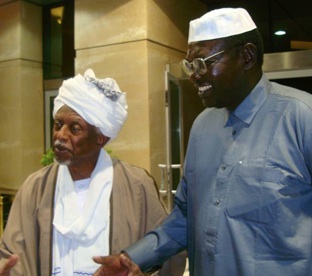 Malik Obama with Suar Al Dahab (Chairman of Board of Directors)

So, as Shoebat asks and answers:

'What is the significance of Malik’s schmoozing with Al Dahab? For one thing, as Chairman of the IDO, Al Dahab is Malik’s boss (it’s always wise to schmooz with your boss)?

However, take a look at who Al Dahab schmoozes with – the Prime Minister of Hamas, Ismail Haniyeh and the MuslimBrotherhood’s radical spiritual leader, Yusuf Al-Qaradawi. 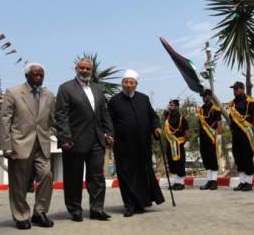 Al Dahab_Haniyeh_Qaradawi in Gaza in May of 2013

Here is video of the three men in Gaza earlier this month. Take note that Malik Obama’s boss – Suar Al Dahab – is expressing solidarity with both a guy, who heads an organisation that the United States' State Department has identified as a Foreign Terrorist Organisation (Hamas) and another guy (Qaradawi) who thinks Hitler didn’t finish the job when it came to the Jews:

'Of course, there will be naysayers who will accuse us of attributing blame to Barack for the sins of his half-brother Malik. Those who make such charges encounter problems because Barack and his brother are very close. Each was the best man at the other’s wedding and Malik has made multiple visits to the White House, as you can see below:

Malik and Barack Obama at the White House 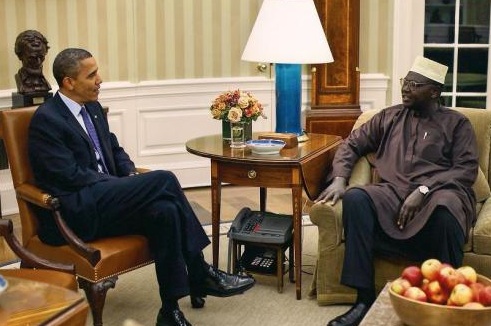 Malik and Barack Obama at the White House 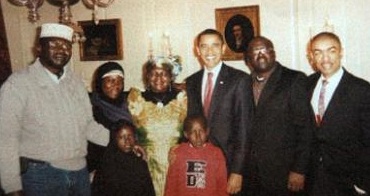 'Oh, we almost forgot. Whenever uncomfortable truths about Barack Obama arise, he always seems to know nothing about anything related to the matter in question. He didn’t know what happened when a video was blamed for the 9/11 attacks in Benghazi, he learned about the IRS scandal from the media, and he has appointed Attorney General Eric Holder to investigate Eric Holder over the reporting scandals.

This leads us to the very favorable treatment received by none other than Malik Obama in his capacity as head of the Barack H Obama Foundation.

Lest there be any more doubt that we have a very real problem here, consider that Malik is the fourth Obama family member in Kenya who is now implicated in the spread (Da’wa) of Wahhabist Islam.'

And, evidently, that's not enough chicanery and radicalism from the Obama Family.  Obama’s step-Grandmother Sarah, Uncle Sayid, and Cousin Musa told Al-Jazeera that the Mama Sarah Obama Foundation (MSOF) deceptively diverts its contributions toward scholarships for Kenyan students to attend the most virulent of Wahhabist schools… in Saudi Arabia:

Of course, you’re probably right. Neither Obama foundation received preferential treatment nor was any Jewish organisation targeted. I mean, if you say it, then it MUST be true…just like when you said that the notion of the IRS targeting TP groups was just a ‘tinfoil hat conspiracy theory.’


'You might also ask why a Bush appointee was visiting the Obama WH so often… a double agent?'


Do you mean Doug Shulman, the life-long DEMOCRAT who contributed to DEMOCRATS, including the DNC in the very year Bush ran for reelection?

BTW, do you have an opinion on Lois Lerner’s taking of the Fifth Amendment? After all, both you and she claim that the IRS did absolutely nothing wrong. So, why the refusal to testify?

Oh, My…Just When You Thought That It Couldn’t Get Any Worse… Obama’s IRS Went After A Survivor Of A Japanese Concentration Camp For Her Political Speech

Al-Bashir is best summed up with his own words:

‘It’s not possible for a Muslim to commit genocide.’

That’s right all of you Hollywood celebrities – Yes, George and Angelina, I’m looking at you! Forget about Darfur and other so-called genocides. They didn’t happened. Don’t take my word for it. Take the word of President Obama’s brother’s good friend…and then move along, folks.

Thanks for sharing useful information. Indeed IRS Settlement was a big pain and it almost screwed my future, poor credit score and all worse that can happen. Still i was lucky to find few experts that helped in my irs debt settlement, irsmedic.com were experts and help me in IRS settlement quickly. I was helped, hope you will too.