Mr. President, Mitt Romney Is Not the Enemy 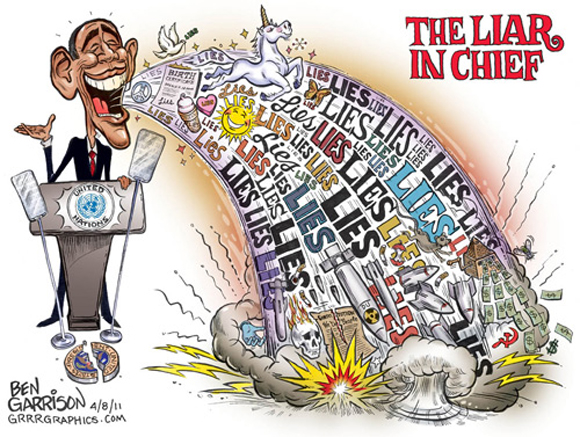 
Al Qaeda is. Please inform your Ministry of Truth.

So, let me get this straight:

It is September 11, 2012. An Al Qaeda sponsored mob is marching, running, screaming towards the U.S. Embassy in Cairo. Supposedly they are angry about an (14 minute youtube clip) about the Islamic figure, Mohammed. It is known right away that the organizers of the march are the same entity that did the mass murder of Americans on 9.11.01.

The Embassy issues an apology for an American using his free speech rights about a matter of deep concern. They attempt to appease the mob. It doesn't work. The mobs acts violently and disrespectfully towards the U.S. Embassy. They are al Qaeda. This is what they do.

Then an al Qaeda mob attacks the U.S. Mission in Benghazi, Libya, burns it, kills the U.S. Ambassador and three other heroic American diplomats. Again, in a classic al Qaeda move, it is all timed perfectly to infuriate the USA. It isn't spontaneous. It was 9/11, for Pete's sake.

Then along comes Governor Romney, who rightly says, "Hey, why are we appeasing an al Qaeda mob? Why aren't we calling these guys the vicious killers that they are? Why are we back in this apology to bad guys mode?"

Then, and only then, the Obama White House goes into hyper drive. It turns out that the real problem is not al Qaeda. No, and it's not Mr. Obama's appeasement. No, the real threat to America is (wait for it), Mitt Romney. Yes!!! According to White House uber-pal, MSNBC's Rachel Maddow, Romney is working with the terrorists against the U.S. government by calling for criticism of the al Qaeda!

Yes, Romney is the enemy for pointing out that Mr. Obama is ass kissing the terrorists!

This is terrifying. The media line up to get their marching orders from the Obama Ministry of Truth and suddenly it's Gospel: the problem is not al Qaeda. It is Romney. With a "more in sorrow than in anger…" look and tone, Mr. Obama pities Romney's naïveté.

This is disgusting. It is nauseating. This is what happens when you have a one-party media. The lie becomes the truth. George Orwell saw it coming. In 1984, his MiniTrue had up its mission.


It has happened. The MSM and the White House have outlawed truth. Some of us old ones can remember when it was legal and the media worked to keep it alive. Now, like the firemen in Fahrenheit 451, the MSM press exists to obliterate truth -- not to preserve it.

Meanwhile, Mr. Netanyahu begs the U.S. to do something to protect it and the world from the Iranian bomb. Mr. Obama bobs and weaves to avoid contact with reality and responsibility. No one even mentions that if we had allowed Ronald Reagan or George W. Bush to build ABM defense, the whole world would be a safer place, and we race towards war or an Islamic control of our expression or both, and the master politician gets ready for his turn on Letterman.

How I wish that someone that Mr. Obama respects (I have no idea if there is such a person) would look him in the eye and say, "Look, Mr. President, those Muslim terrorists in al Qaeda are not our friends. They have done terrible things to us. They have just done something brand new and horrible to us: they murdered our ambassador to Libya. No matter how much you kiss up to them, they will not be our friends. Maybe you think they'll be your friends because you have so many Muslim friends in the black community in Chicago.

"But they won't. They hurt us whenever they can. They are blood brothers to the people who run Iran. THEY ARE NOT REASONABLE PEOPLE. You cannot appease them into peace any more than Chamberlain could appease Hitler.

"The only thing they respect is strength. That's it. Their guru, Osama bin Laden, put it well. 'Between a strong horse and a weak horse, people will favor the strong horse.'

The big problem is that there is no one Mr. Obama really respects to tell him the truth and we will all have to pay for it.


Sophie:  Right on, right on, right on, El F. Shaddai!  Yahweh forefend that we be made to endure another 4 years of this Mahatamaha prabha.  Yes, indeed, Vishnu help, Insh'allah,  and God bless us, may the pieces of Allah not be chopped up upon us .

By the way, Mr Obama, Democrats, and Useful Infidels, I want you to listen to me and listened hard:

No matter how much you lie, obfuscate,  deflect, distort, hide, demonise, threaten and whatever else, the truth about the President and what has really been going on in his administration, as well as what really happened in Cairo and Benghazi WILL eventually be disinfected by sunlight.  I promise you that and it really doesn't matter how much you control the "narrative" and talking points now and for the next however many years.  If you are wondering how I know this, I suggest that you look at what happened with regard to the charges made by Senator Joe McCarthy.  It took 50 or so years, but the opening of the Soviet archives, the Stasi archives, and the disclosure of the evidence accumulated pursuant to the Venona Project proved him correct.  Even more embarrassing for the Left, the documents showed that many of the Democrats that swore to high Heaven that so-and-so was not a Communist, in fact, KNEW s/he was indeed a Communist.

The truth will out.

BTW, ya fvcking 'tards, would you PLEASE stop claiming that McCarthy headed the HUAC hearings.  HUAC stands for the HOUSE UnAmerican Activities Committee.  SENATOR McCarthy was NEVER a member of the House of Representatives.  Furthermore and for the records, HUAC was not just some product of a "1950s, red, witch hunt."  HUAC's history:

1.  Congressman Hamilton Fish III, who was a Republican and fervent anti-communist, introduced on 5 May 1930, House Resolution 180, which proposed to establish a committee to investigate communist activities in the United States. It was based on the Senate's 1918 Overman Committee, which was chaired by Senator Lee Slater Overman, a Democrat and investigated Bolshevism and Americans trying to introduce communism into the US. The resulting committee, commonly known as the Fish Committee, undertook extensive investigations of people and organizations suspected of being involved with or supporting communist activities in the United States.[6]

2.  The Special Committee on Un-American Activities Authorized to Investigate Nazi Propaganda and Certain Other Propaganda Activities, chaired by John W. McCormack (D-MA), a FDR Progressive, and Samuel Dickstein (D-NY), who believe it or not was "for many years, a 'devoted and reliable' Soviet agent,'"* 1934-1937.

Why would a Soviet agent create an agency to investigate organisations or people, who were suspected of having communist or fascist ties?  It does sound counter-intuitive until you realise that the Dies Committee focused on primarily German-Americans, Italian-Americans, German immigrants, Italian immigrants, Troskyites, etc.  There's an old saying in the policy community:


3.   In pre-war years and during World War II, HUAC was known as the Dies Committee..  It's stated mission was to investigate alleged disloyalty and subversive activities on the part of private citizens, public employees, and those organizations suspected of having communist or fascist ties.[10][11] It was chaired by Martin Dies Jr. (Democrat-TX).  The Soviet agent, Samuel Dickstein, worked with Dies to create this Committee, too.

4.   HUAC "became a permanent committee in 1945. Representative Edward J. Hart of New Jersey -- a DEMOCRAT -- became the committee's first chairman.[15] Under the mandate of Public Law 601, passed by the 79th Congress, the committee of nine representatives investigated suspected threats of subversion or propaganda that attacked 'the form of government guaranteed by our Constitution.' Under this mandate, the committee focused its investigations on real and suspected communists in positions of actual or supposed influence in the United States society."


* Authors Allen Weinstein, and Alexander Vassiliev said in 1999 that Soviet files indicate he was a paid agent of the NKVD.[1][2][3] The Boston Globe stated: "Dickstein ran a lucrative trade in illegal visas for Soviet operatives before brashly offering to spy for the NKVD, the KGB's precursor, in return for cash."[4] Sam Roberts in The Brother: The Untold Story of the Rosenberg Case stated "Not even Julius Rosenberg knew that Samuel Dickstein had been on the NKGB's payroll." [5] Kurt Stone wrote "he was, for many years, a 'devoted and reliable' Soviet agent whom his handlers nicknamed 'Crook.' " [6]