They Say You Can Judge A Man By His Endorsements


Most people already know that Ron Paul refused to endorse John McCain in the 2008 general election. While I don’t necessarily agree with that decision, especially from a contender for the GOP nominee, I can certainly understand it. Lord knows I hated every nice thing I had to say about John McCain and wasn’t entirely pleased about pulling the lever for him (which is a dramatic understatement). Most people assume that Paul endorsed Libertarian candidate Bob Barr in 2008, which is partially true. However, that is not the entire story. Paul also endorsed three other candidates.

The first of those was Chuck Baldwin. I don’t really know a lot about Baldwin except that he has been on record early and often in support of the proposition that the South should have won the Civil War. This sort of thing would ordinarily disqualify most normal people from endorsing Chuck Baldwin, but Ron Paul is not most normal people. And given what most Ron Paul supporters seem willing to forgive, a little Confederate sympathy (or even a lot of Confederate sympathy) seems like small potatoes. 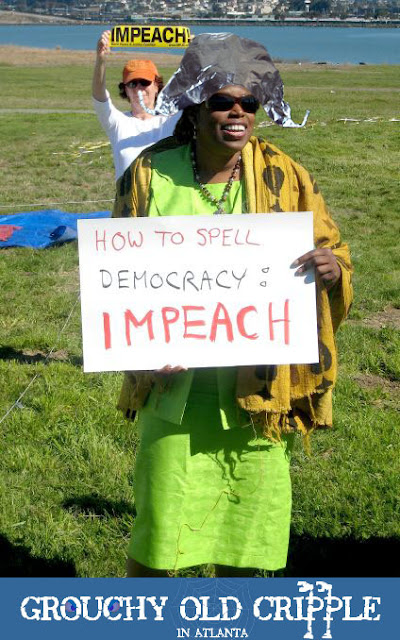 Now, I know that the above is not necessarily persuasive to the average Ron Paul fan – after all, if they were bothered by siding with terrorists, they’d have probably jumped off the Paul bandwagon already. What is perhaps more important is that Cynthia McKinney is also next door to being a communist in terms of her domestic policy. McKinney is an open and avowed enemy of free market capitalism, preferring instead Ghadaffi-style socialism. Seriously, she literally and openly favors dictatorial socialism. McKinney ran on the Green Party ticket, whose platform explicitly includes guaranteed open-ended welfare (at a living wage) for everyone regardless of their ability or willingness to work, among other quasi-communist and far-left economic policies.

The fourth and final candidate Ron Paul endorsed for President was Ralph Nader. Yes, the same Ralph Nader who was so far to the left on economic matters that he could see no difference between Al Gore and George W. Bush.  The same Ralph Nader who also longs for the day when the last vestiges of capitalism have died in America. Nader, you remember was the guy who made running as the Green Party candidate famous. 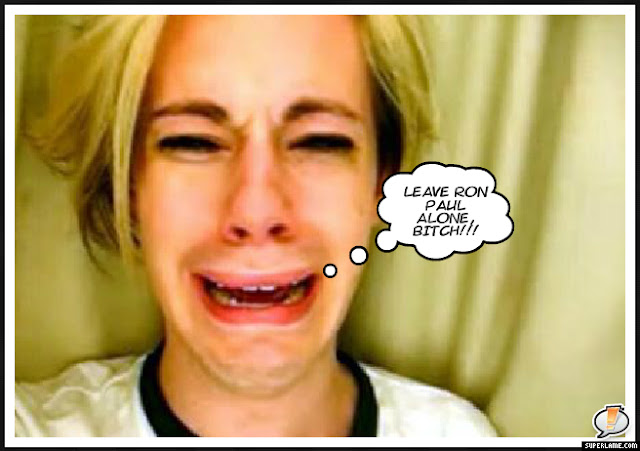 Why, you might ask, would Ron Paul, champion of economic freedom and limited government, endorse two avowed socialists for President? Well, you see, they signed a document:

Paul will offer this open endorsement to the four candidates because each has signed onto a policy statement that calls for “balancing budgets, bring troops home, personal liberties and investigating the Federal Reserve,” the Paul aide said.

You see, despite a lengthy and public history of supporting massive government expansion and infringement upon personal liberties, and despite running on a party platform that explicitly calls for the massive expansion of Government welfare, these people would clearly have been better at shrinking the government than the Republicans on the basis of signing this absurd pledge. To be fair, Paul was probably just following the Golden Rule here – after all, Paul had just spent the last two years being a truther in front of truthers and denying trutherism in front of the media, so he doubtless was extending the sort of blind eye towards Nader and McKinney’s insanity that he wished everyone else would turn towards his.

For whatever his failings as a Presidential candidate and conservative (and they were legion), no reasonable person would say that John McCain was worse than any of these clowns. It was one thing for Paul to not endorse McCain – but we have to ask what sort of person affirmatively supports anti-American avowed socialists and confederate sympathizers over a Republican?

The answer: Someone who, like Howard Dean, hates Republicans and everything they stand for so why would anyone voting in the Republican primaries vote for someone that hates them and their Party?

Ron Paul: All Aboard! Ha Ha Ha Ha Ha Ha Haaaa! Mental Wounds Still Screaming! Driving Me Insane I'm Going Off The Rails On My Crazy Train! (And I Want To Take You Along For The Ride)

Palling Around With Racists, Anti-Semites, And Homophobes?

The Tragedy of Ron Paul & The Cause Of Libertarianism

The Paul Pot and the Paulestinians

Have These Two Ever Been Seen Together In The Same Room???

They Say You Can Judge A Man By His Endorsements

The Hypocrisy of Ron Paul

My, Pauliac From Planet Ronulian, What A Big, Red Herring You Have!

Newt: Bubba, I'll Stop The World And Melt With You