After IRS, Benghazi, Should I Trust Government? 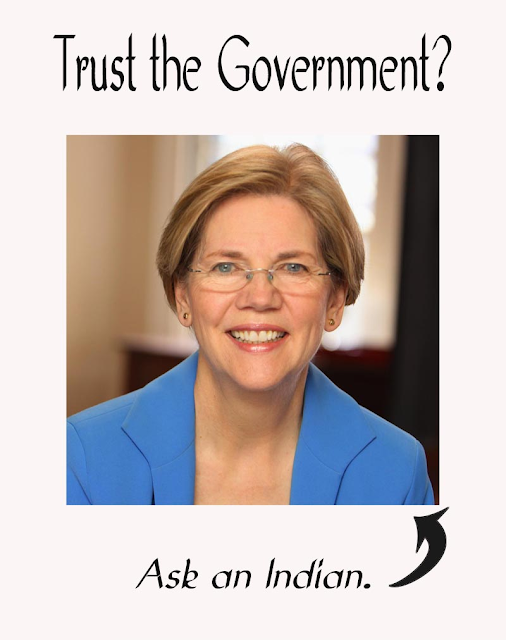 Blogger and professor Daniel Drezner tweeted over the weekend: "So, in all, this has been a pretty crappy week for people who dislike conspiracy theories." Well, yes.

The week started out with President Obama disparaging those who worried about tyranny as conspiracy theorists, and telling college students to reject them:

"Still, you'll hear voices that incessantly warn of government as nothing more than some separate, sinister entity that's the root of all our problems, even as they do their best to gum up the works; or that tyranny always lurks just around the corner. You should reject these voices. Because what they suggest is that our brave, creative, unique experiment in self-rule is just a sham with which we can't be trusted."

The rest of the week consisted of scandal after scandal, suggesting that maybe our government is . . . a sham with which Obama, at least, can't be trusted.

Generating the most bipartisan outrage were the revelations that IRS agents went after Tea Party groups for political reasons. And -- despite repeated denials to Congress -- it turns out that senior IRS officials knew as far back as 2011. As the editors of The Washington Post commented:

"A bedrock principle of U.S. democracy is that the coercive powers of government are never used for partisan purpose. The law is blind to political viewpoint, and so are its enforcers, most especially the FBI and the Internal Revenue Service. Any violation of this principle threatens the trust and the voluntary cooperation of citizens upon which this democracy depends. So it was appalling to learn Friday that the IRS had improperly targeted conservative groups for scrutiny. It was almost as disturbing that President Obama and Treasury Secretary Jack Lew have not personally apologized to the American people and promised a full investigation."

I offered a similar warning in The Wall Street Journal, back in 2009, when Obama joked about auditing trustees of Arizona State University, after he was denied an honorary degree. But apparently the message didn't sink in.

Abuse of the IRS against political enemies was one of the articles of impeachment against Richard Nixon. We're not talking impeachment here yet, but that's an indication of how serious such abuses are. We need hearings to get to the bottom of this, and it seems likely that we'll have them.

Meanwhile, the administration's already implausible story over the attacks on the U.S. consulate in Benghazi, which caused the death of our ambassador and three other Americans, also unraveled further as whistle-blowers came forward to testify that the White House knew immediately that it was a terrorist attack, and not a spontaneous protest over an obscure YouTube video, as the White House, and Secretary of State Hillary Clinton, nonetheless continued to claim for days despite knowing otherwise.

On Friday, BBC Editor Mark Mardell noted that although he had previously seen the Benghazi inquiry as a partisan attack, he was now convinced that it was serious and predicted that "heads will roll."

A cynic might conclude that these scandals are of a piece. The IRS harassment, focused at an IRS office in the key swing state of Ohio, crippled Tea Party groups during the 2012 election cycle. The blame-the-video spin, meanwhile, obscured the administration's, and the State Department's, culpability in terms of poor security and inept intelligence, while protecting Obama's triumphalist Osama-bin-Laden-is-dead-and-al-Qaeda-is-on-the-ropes election-season line on the war on terror.

Politics over principle -- and public safety. That's what a cynic would conclude is going on here. And you know, these days the cynics are often right.