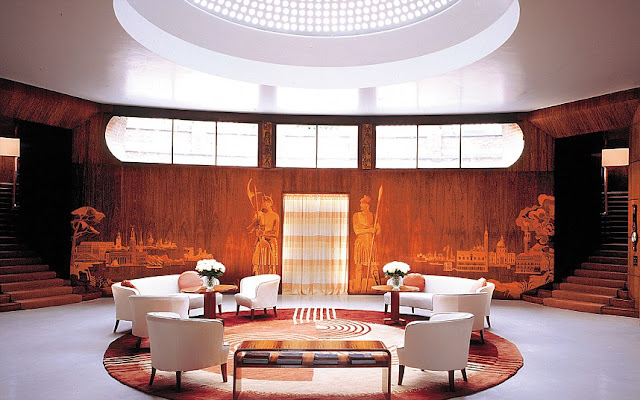 In 1933, a wealthy American couple named Stephen and Virginia Courtauld acquired Eltham Palace, the ruined childhood home of Henry VIII. They set about restoring the remaining parts of the palace and created an elaborate home with sumptuous art deco interiors to live in themselves. This is the extravagant entrance hall, with domed glass roof and curved wood-lined walls. 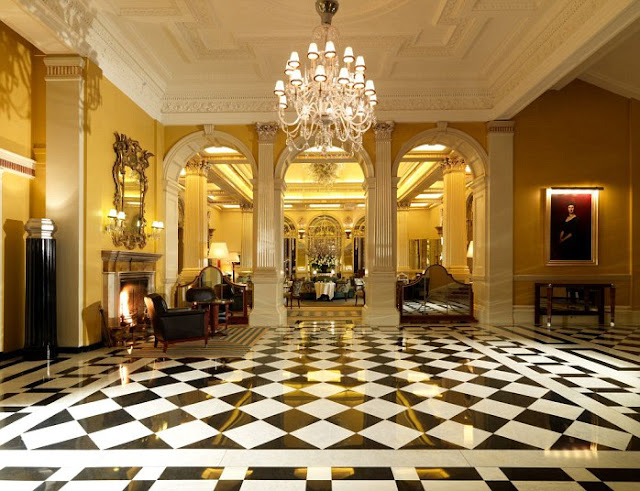 This legendary hotel dates back to the 19th century but an opulent makeover in the 1920s by the architect Basil Lonides means that the building has become synonymous with art deco. In the late 1990s, even more rooms - including the foyer and restaurant - were transformed into art deco style. 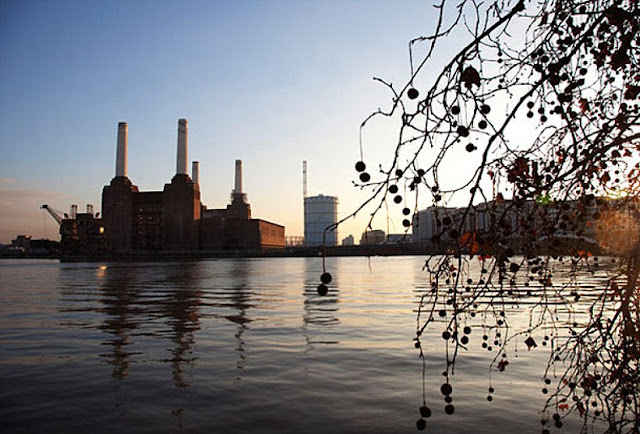 An icon of 1930s industrial splendour, Battersea Power Station's art deco heritage is most apparent on the inside. There are many striking fittings and decorations, including Italian white marble wall tiles. 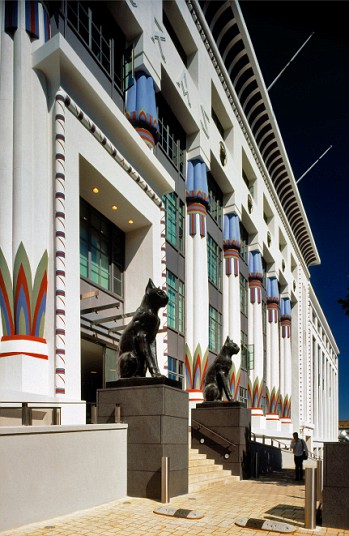 This astonishing former factory was designed just four years after the discovery of the tomb of Tutankhamun - a find which made Egyptian style extremely popular among the art deco architects of the 1920s. It's no surprise, then, that Egyptian motifs appear all over the building - right down to the two black cats guarding the entrance. 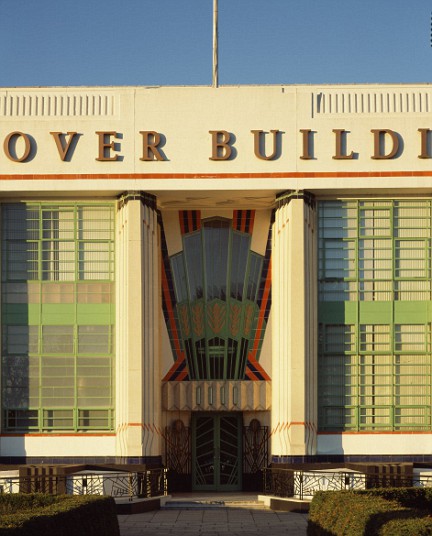 It's hard to believe this bright art deco building is now a supermarket, but Tesco has owned the Hoover Building since the 1980s. The property was formerly a factory for the Hoover Company, though it was also used to manufacture electrical equipment for planes and tanks during the Second World War. Sir John Betjeman described it as a "sort of Art Deco Wentworth Woodhouse [a stately home in Yorkshire] - with whizzing window curves... and splashes of primary colour from the Aztec and Mayan fashions at the 1925 Paris Exhibition". 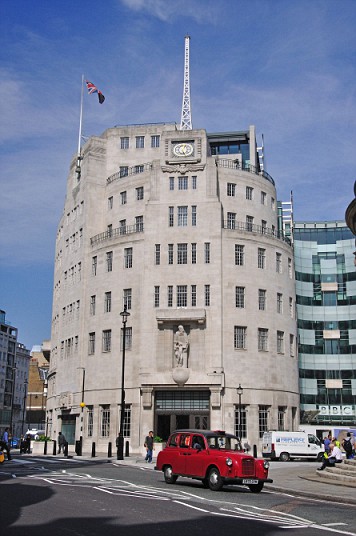 The BBC's distinctive headquarters, Broadcasting House, was opened in 1932. The building recently underwent a huge (if controversial) extension that quadrupled the corporation's space. 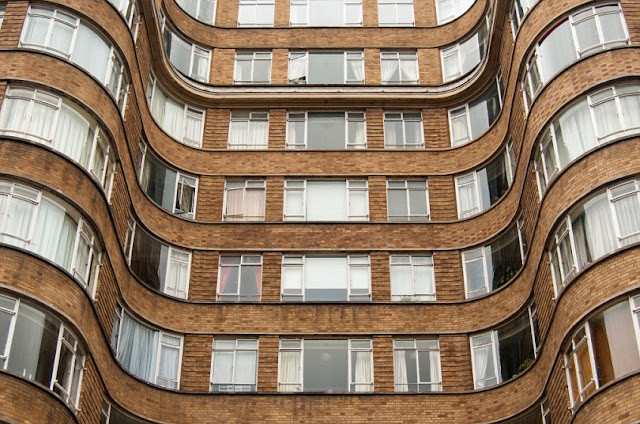 Used as the home of Agatha Christie's legendary detective Hercule Poirot in the TV series in the 1990s, Florin Court dates back to 1936. The residential building has a marvellous at deco curved facade that was built using specially-made bricks on a wire frame. 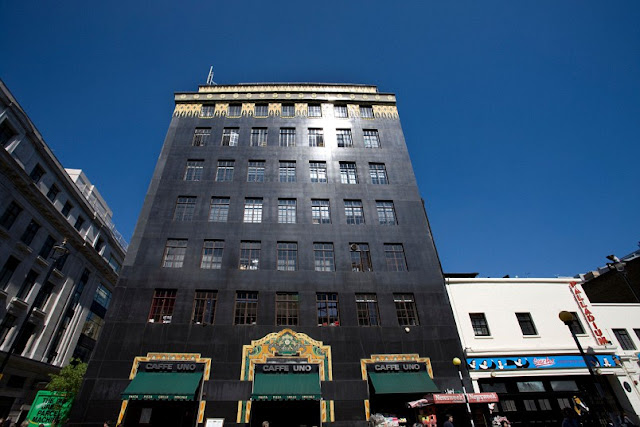 This striking black granite building with its colourful enamel trimmings was constructed in the late 1920s as the headquarters of the American National Radiator Company. Black and gold were the livery of the company, explaining the unusual colour scheme. 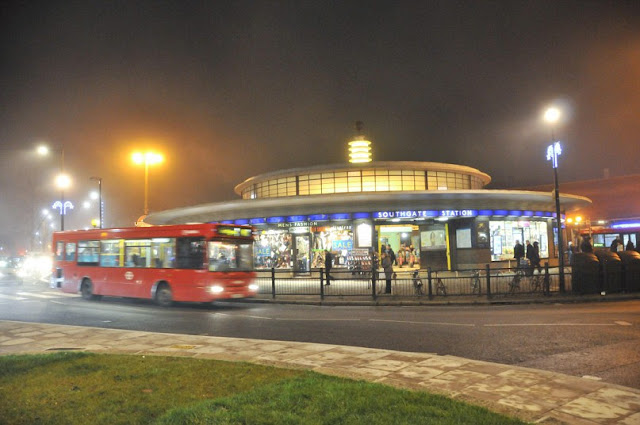 Many of London's tube stations are art deco in style. The flying-saucer like station at Southgate is one of the most memorable. It was designed by Charles Holden,  who created a whole clutch of stations in the 1920s and 30s. 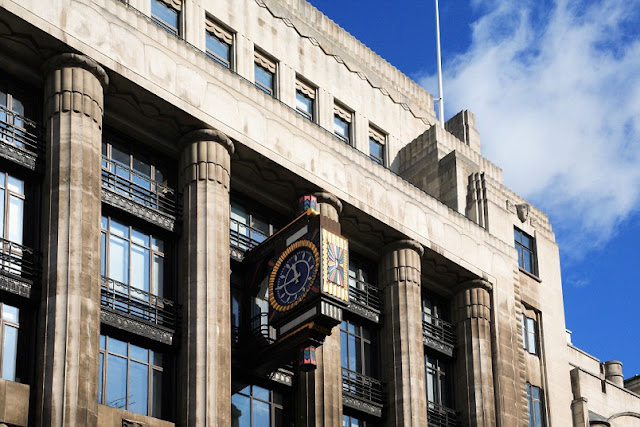 Old newspaper haunt Fleet Street is home to a number of beautiful art deco buildings, including the Daily Telegraph's old offices. The nearby Daily Express building also epitomises the style. 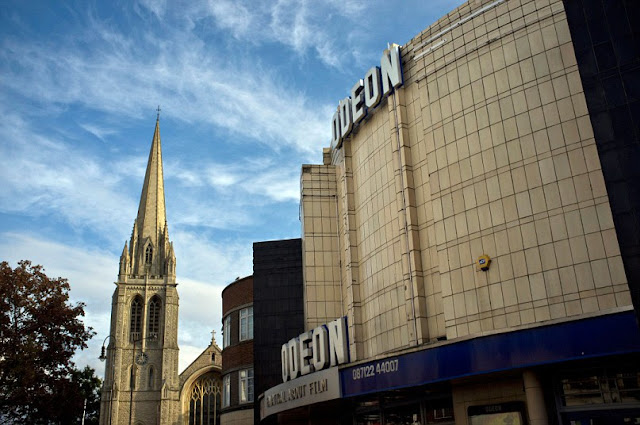 A number of art deco cinemas still stand proudly in the capital. This streamlined gem can be found in Muswell Hill. 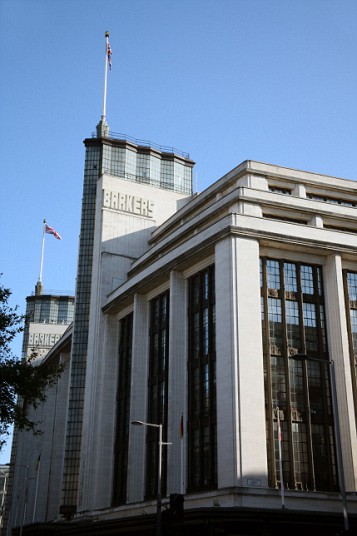 This imposing art deco building was once home to Barkers of Kensington, a popular department store. Today, the 1930s building is the site of the health foods shop Whole Foods Market. 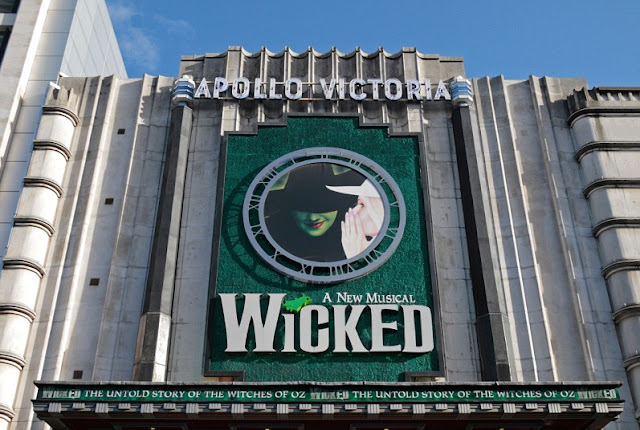 London's most impressive art deco theatre is the Apollo Victoria, built mainly from concrete in 1929. Inside, there is a nautical theme, featuring columns that appear to burst into fountains and shell motifs. The Gaumont British News called the theatre when it opened "a fairy cavern under the sea, or a mermaid’s dream of heaven." 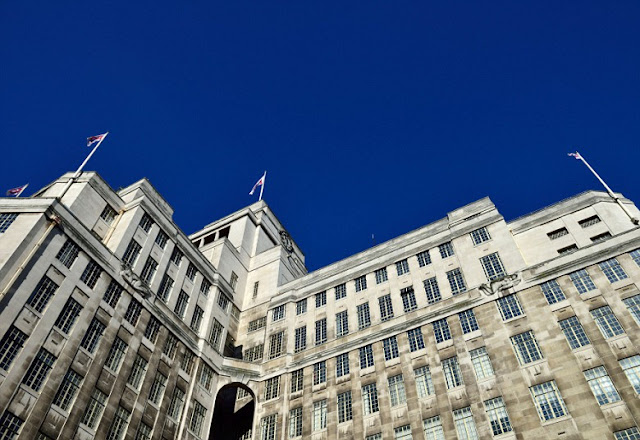 Designed by Charles Holden (yes, he of Southgate tube station), 55 Broadway was built as the headquarters of the Underground Electric Railways Company of London, a predecessor of London Underground. The clean, simple design, featuring four blocks of offices radiating from a central tower, won a London Architectural Medal from the Royal Institute of British Architects in 1929. 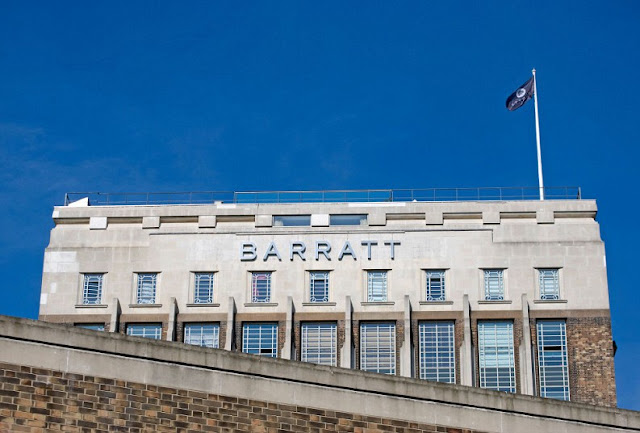 This Grade II listed building from the 1930s sits on a stretch of road known as the "Golden Mile", due to the fact it housed so many factories in the 1920s and 30s. The property had fallen into disrepair by the 1990s but has now been transformed into a residential housing development.

So, she's an architecture gurl too? :)

I can't stop staring at that Eltham Palace picture. There's nothing about that that could be considered my style, but . . . there's something about it that's just right somehow. I wish I could figure it out, figure out what it is I'm seeing.

And see the lights of the ceiling in the distant room at Claridge's? I don't know what it really looks like, but the way it photographs is pretty awesome. The proportions, maybe, the size and spacing and position of the squares relative to each other and the rest of the ceiling.

Yes, I am an architectural gurl, too! Eltham Palace is pretty neat. One walks down this long, art deco corridor to a rather unremarkable door. Once opened, she is immediately transported back in time by the splendid Edward IV Great Hall with its intricately-carved hammerbeam ceiling and stained glass windows.

The entry hall of Eltham Palace was designed to resemble the interiors of the grand ocean liners of the time.

Part of the reason that you cannot stop looking at it, I would suggest, is that the room is perfectly balanced and symmetrical. It is both stark and soft at the same time. The only right angles are the doorways, stairs (where the risers meet the treads), and the panes in the windows. Everything else has smooth, rounded edges. Also, the colour scheme is designed to soothe and mesmerise at the same time. There’s nothing that screams ‘Look at me!’; yet, it is spellbinding nevertheless. All in all, it has a clean, elegant, understated feel that implies tranquility and luxury.

Here are some shots from other angles: