Don't Tax Away The Future! IMF: To Contain Future Budget, US Must Raise Taxes By 35%, Cut Entitlements 35%; Without Cuts, Taxes Must Rise By 88%! 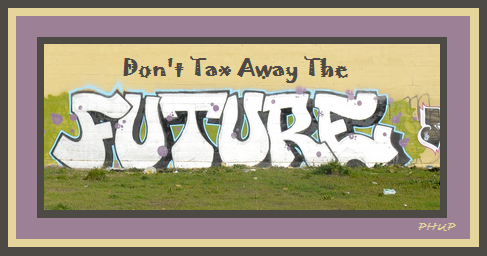 Well, it's only been 1,434 days since the Senate passed a budget, but there is "hope" that this may soon "change."  Of course, change doesn't always mean good.   Senate Budget Committee Chairman Patty Murray (D-WA) is set to release a budget on Thursday.  While the word "balance" is thrown around a lot, make no mistake, the Senate budget is only balanced insofar as it raises taxes ($1 trillion), closes "loopholes" on the "evil rich" and even more "evil corporations," makes more "investments" in infrastructure, education, and "green" energy, cut domestic programmes by $493 billion and slice $240 billion more from defence, assumes much more robust growth than we have at present, and engages in the wishful thinking that interest rates will drop even lower than the historic lows that they are at currently resulting in $242 billion in savings.

And, Harry Reid has the nerve to talk about budget gimmickry!

When will the Left finally wake up to reality, if ever?

Never…and, sadly, it could be led there if its leaders had any courage.  As a senator, Barack Obama recognised that entitlements were the main drivers of growing budgetary pressures, deficits and the national debt.  While he wrongly (as I’ll show below) believed that Social Security was not a problem, he understood that Medicare was unsustainable in its current form.  He even – correctly - criticised George W Bush for focusing on Social Security rather than Medicare:

“The only thing I’d add, and then I’ll turn it over to D1(k is to talk, is to mention that despite the President staking his domestic policy agenda in his second term on Social Security reform, the real crisis in terms of funding is not Social Security, it’s Medicare. Which is breaking down rapidly and this most recent legislation exacerbates that fiscal crisis. And that’s something for some reason the president seems entirely unwilling to tackle.”

And, he spoke again about reforming entitlements while running for president:

The FACT that entitlements MUST be reformed is not seriously contested by rational people.  Those that live anywhere other than My Progressive Little Ponyland realise that there are simply an insufficient amount of “evil rich” people to fund a European-style welfare state.  Seriously, if EUROPE couldn’t do it when the United States taxpayers paid to rebuild the Continent after World War II and footed the bill for its defence in the decades since, how on earth does ANYONE believe that America can succeed where Europe has failed?

Look, don’t take my word for it.  Read what the International Monetary Fund has said about the United States and entitlements.  Does ANYONE think that American workers are going to be willing to pay those kinds of taxes to fund entitlement programmes?  C’mon.

To restrain the U.S.’s future budget crisis, THE FEDERAL GOVERNMENT MUST RAISE TAXES BY AT LEAST 35% AND CUT ENTITLEMENTS SUCH AS HEALTH CARE AND SOCIAL SECURITY BY 35%, International Monetary Fund economists warned Monday in a new working paper.

While the projected ballooning of future costs of entitlements as the so-called baby boomer generation enters old age isn’t new, the IMF paper’s quantifying just how much the federal government will have trim its balance sheets sheds fresh light on the political hurdles ahead.

Raising taxes and cutting spending on health care, Social Security, Medicare and Medicaid are some of the most sensitive issues for voters.

The IMF paper, written by Nicoletta Batini, Giovanni Callegari and Julia Guerreiro, shows that IF THE GOVERNMENT DOESN’T CUT ENTITLEMENTS, IT WILL HAVE TO RAISE TAXES BY 88% TO PAY FOR THEIR COSTS.

Since the federal government has historically collected around 18% of gross domestic product in taxes, THE MANDATORY ENTITLEMENT PROGRAMS MAY ABSORB ALL FEDERAL REVENUES AS EARLY AS 2026, when the cost of servicing the debt is included in the calculation, the economists say.

The typical argument that “people have paid taxes specifically to fund their future Social Security payments. Of course the actual funding mechanism is nothing like a trust or retirement savings account, but that’s not relevant to those who paid into the system” will be – and has already today been – made.  To that, I say:

3.  If the reactionary idiots on the Left continue to be so intransigent in their refusal to reform the three main drivers of deficits and future debt because they, fantastically, believe that the Brokest Nation in the History of Civilisation should continue to fund the Medicare of and send Social Security cheques to Mitt Romney, Al Gore, and Warren Buffett instead of worrying about keeping the programmes viable for their secretaries, well, then, if I were them, I’d start putting up signs that state: “Please don’t feed the humans.”
When I heard that the National Parks Service “had” to cut the bison maintenance programme due to Sequesterquatch, all that I could think was:

“Well, thank goodness the government had the foresight to tell visitors to Yellowstone National Park not to feed the animals. If they hadn’t, how would those poor bison survive now that the teat has run dry?”

Entitlement programmes are unsustainable and Stein’s Law will, at some point, come into play whether or not they like it.  A few points to keep in mind about Social Security and Medicare:

Fact:  In 2009, 38.47% of the entire budget went to Social Security and Medicare and the two programmes consumed 64.48% of all Federal tax revenues.

Fact:  The 2009 Social Security and Medicare Trustees Reports show the combined unfunded liability of these two programmes has reached nearly $107 trillion in today's dollars and Laurence Kotlikoff, a well-known professor of economics at Boston University, puts the real figure over $222 trillion dollars in future dollars!

Fact:  In 2010, 41.29% of the entire budget went to Social Security and Medicare and the two programmes consumed 69.17% of all Federal tax revenues.

Fact:  In 1950, the average worker had to pay only 2% of his salary to sustain the seniors of his time.

Fact:  In 2031, the average worker will have to pay 17% of his salary to sustain the seniors of his time.  This is a staggering sum, considering that it is apart from all the other taxes he pays to sustain other functions of government, such as Medicare, whose costs are exploding.

Fact:  On our current path there will be "actual" cuts to Medicare of 17% and Medicare would "end as we know it" in 2024, according to the Social Security and Medicare Trustees May 2011 report.

Fact:  The average American household spends 50 times more today on Medicare than it did in 1960.

Projection:  When today's college students reach retirement (about 2054), Social Security alone will require a 16.6% payroll tax, one-third greater than today's rate, according to the non-partisan Peterson-Pew Commission on Budget Reform.

Projection:  When Medicare Part A is included, the payroll tax burden will rise to 25.7% - more than one of every four dollars workers will earn that year.

Projection:  If Medicare Part B (physician services) and Part D are included, the total Social Security/Medicare burden will climb to 37% of payroll by 2054 - one in three dollars of taxable payroll, and twice the size of today's payroll tax burden, according to the non-partisan Peterson-Pew Commission on Budget Reform.

Projection:  More than one-third of the wages workers earn in 2054 will need to be committed to pay benefits promised under current law.  That is before any bridges or highways are built and before any teachers' or police officers' salaries are paid.

Projection:  By 2030, about the midpoint of the baby boomer retirement years, Medicare will require nearly half of all income tax dollars, according to the non-partisan Peterson-Pew Commission on Budget Reform.

Projection:  By 2060, Social Security and Medicare will require nearly three out of four income tax dollars.

The reactionary Left refuses to reform Social Security, Medicare, and Medicaid even to save them and to give young Americans the same opportunities, shot at the American Dream, and living standards that their parents, grandparents and great-grandparents have had.

Sadly, too many on the Left are far more interested in "getting theirs"...and getting it now!  A recent poll demonstrates this and does so in a devastating fashion:

“While a majority of Republicans (59%) thinks major cuts to entitlement programs like Social Security and Medicare should be made now, even if it is tough on families, A MAJORITY OF DEMOCRATS (52%) THINKS THOSE PROGRAMS SHOULD CONTINUE TO BE FUNDED AT THEIR CURRENT LEVELS, EVEN IF IT MEANS PASSING ON TRILLIONS OF DOLLARS OF DEBT TO FUTURE GENERATIONS.

Overall, 61% of voters say major spending cuts are necessary to reduce the deficit, while 33% think increasing taxes on high earners would be enough.  HALF OF DEMOCRATS THINK TAXING THE RICH IS ALL THAT IS NEEDED.  By contrast, majorities of Republicans (77%) and independents (62%) think cutting spending is also necessary."

It would appear that Democrats do not find generational theft to be immoral in the slightest bit.  How sad.

As Mark Levine states in his book, Ameritopia, “The best that can be said is that all that stands between the individual and tyranny is a resolute and sober people.” Piling debt upon debt upon debt upon children and those yet born is anything but sober.  It is the action of an inebriated and immoral people...a people drunk on the fruits of the labours of others of which they have voted themselves because they are too lazy, contemptuous, hateful, vengeful, incapable, ignorant, and enfeebled to work for themselves.  They have been enchained by their "betters" and do not know it.  They and their betters seek temporary satiation in the present at the expense of future generations, who will be subjected to a lengthy pain and far fewer freedoms.

A little more than two centuries ago, people declared their independence and went to war over "taxation without representation."   Those that seek to place burdens on the future, should remember this because I, somehow, doubt that they will find themselves living in a life of luxury financed by younger workers, as they believe.  In fact, if the selfishness, ADD, and self-absorption of today's younger generations are any indication, those death panels - the kind spoken of by George Bernard Shaw, not Sarah Palin - will be in place a lot sooner than anyone ever imagined.