Detroit Was Destroyed By Communists

If there is any wonder why Detroit often resembles an Eastern Bloc municipality,  consider that for 19 years the mayor who ran the city economically and socially was a closet Marxist.


Sometimes it’s better to tell a story backwards, from end to beginning. This story ends on December 10, 2012, when President Obama traveled to Michigan—a state with unemployment over 9 percent. He made a stop in Detroit, Michigan’s largest city, which is bankrupt. There, Obama made the ironic boast: “You only have to look to Michigan where workers were instrumental in reviving the auto industry to see how unions have helped build not just a stronger middle class but a stronger America.”

Of course, the auto industry, like much of the rest of Detroit, is in ruins. This is the state of the city and its main industry … at the end of the story.


Flashback some 20-plus years, to 1988, when Howard Johnson—who had been one of the leading communists in Harlem during the Great Depression—told interviewer Kay Takora about his return home from World War II: “I came back into activity in the Communist Party…. I at first became county educational director. New York county was the biggest county organization. From ’46 to ’49. And during that same period, I was assigned to help build a national Negro veterans organization which was called the United Negro and Allied Veterans of America [UNAVA]. And that had the backing of the party and I was assigned by the party to work in that along with my duties as educational director of the county organization.” 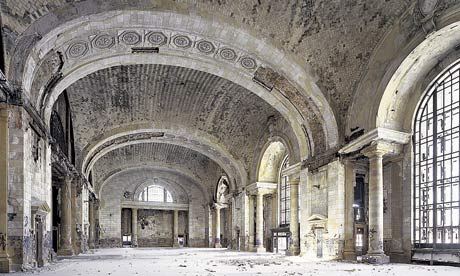 Interior of the beautiful, but dilapidated Michigan Station


Because at that time he was a steward in the auto workers union and [a] very prominent trade unionist in Detroit. Coleman and I were very good friends…. I never anticipated he would be a bourgeois mayor of Detroit. But Coleman’s a great guy, nevertheless. But I think that it was his party training that (helped) him to move forward as he did.”

Coleman Young, the mayor of Detroit from 1974 to 1993, was able to “move forward as he did” thanks in part to training he got from the “party”—that is, the Communist Party. Young was, in fact, a secret member of Communist Party USA, as shown by several sources, including Cold War historians Ron Radosh, John Earl Haynes, and Harvey Klehr. Young had a woeful impact on Detroit. If there is any wonder why Detroit often resembles an Eastern Bloc municipality (minus the police state, since Mayor Young made it a routine to attack and neglect the city’s police forces, ensuring that the 1967 riots picked up where they left off), consider that for 19 years the mayor who ran the city economically and socially was a closet Marxist. Carl Levin, senator from Michigan, was Young’s right-hand man as Detroit City Council president during the most destructive years of Young’s reign.

The auto industry had been fully unionized ever since Walter Reuther (then a member of the Communist Party) led the 1936-‘37 GM Flint strike, thanks to the Wagner Act prohibiting firing of striking workers. On the other hand, Japanese auto companies such as Nissan, which outmaneuvered an attempted union takeover in 1953, were able to adapt quickly to demand. The UAW stubbornly held on to the practices of a bygone era, where World War II had reduced their international competitors to rubble and American auto manufacturing stood largely unopposed.

There were remedies. In February 1979, President Jimmy Carter actually offered some good advice. He told a group of governors at a White House state dinner: “Governors, go to Japan. Persuade them to make here what they sell here.” Lamar Alexander, then governor of Tennessee, did just that. He explained to Nissan executives who were deciding where to put their first U.S. manufacturing plant what was unique about Tennessee: it had a right-to-work law. As Alexander wrote in the Wall Street Journal: “In 1980 Nissan chose Tennessee, a state with almost no auto jobs. Today auto assembly plants and suppliers provide one-third of our state’s manufacturing jobs. Tennessee is the home for production of the Leaf, Nissan’s all-electric vehicle, and the batteries that power it. Recently Nissan announced that 85 percent of the cars and trucks it sells in the U.S. will be made in the U.S.— making it one of the largest ‘American’ auto companies and nearly fulfilling Mr. Carter’s request of 30 years ago.”

This is the very same right-to-work law that Carl Levin and the rest of Michigan’s radical-left ruling class oppose.

The choice between ruin and prosperity would, in a sane world, not be difficult to make. There was a time in the 1920s when people from all over the world came to Detroit to marvel at and study the magnificence of Henry Ford’s industrial heartland. That is where the story began. The end need not be so sad. The greatness of Detroit can forever be a fading memory, or there can be a new beginning.

Spyridon Mitsotakis is a history student at New York University specializing in the Cold War. 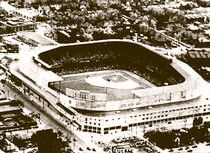 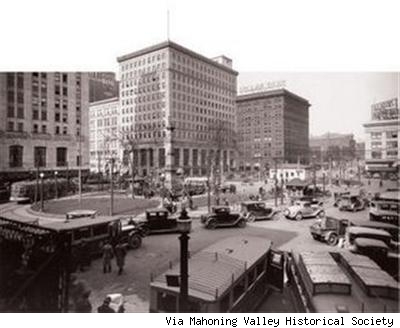 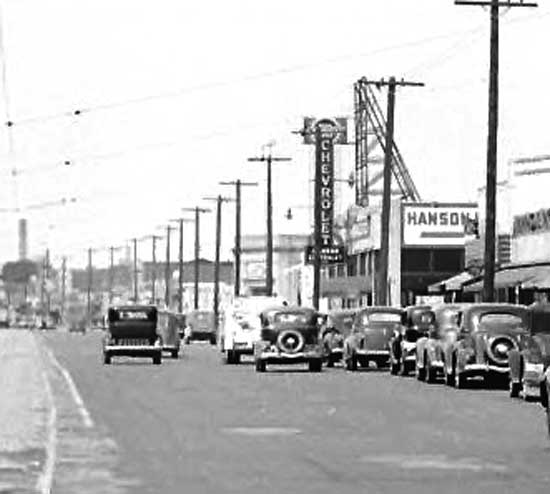 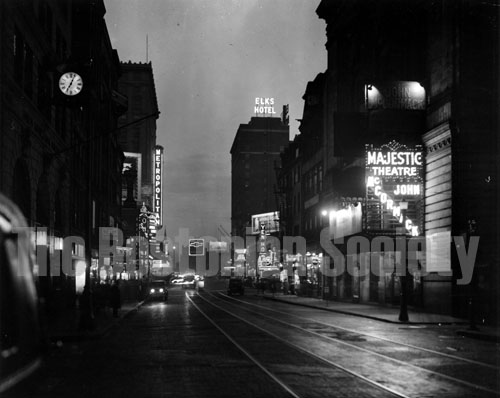 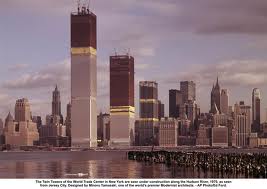 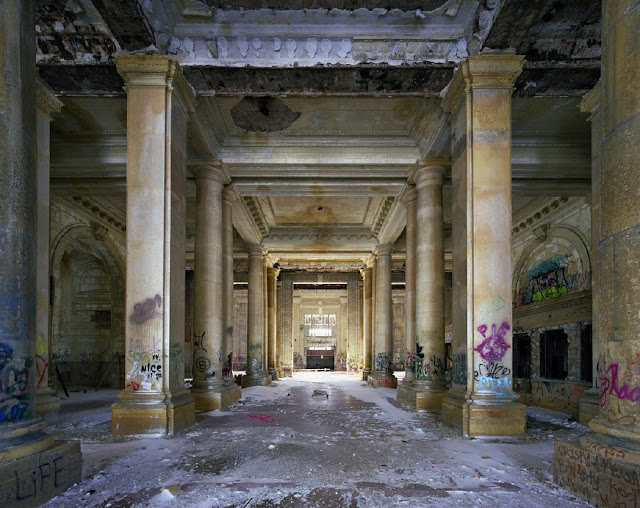 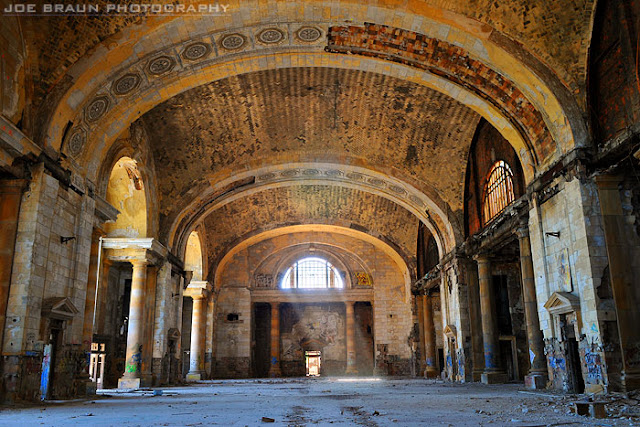 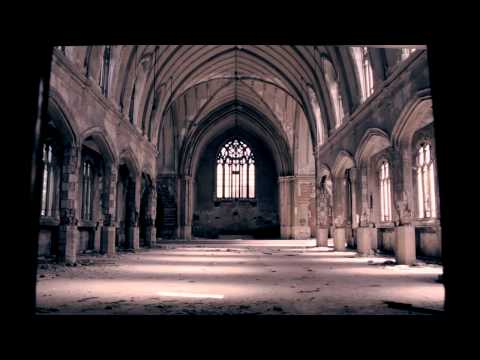 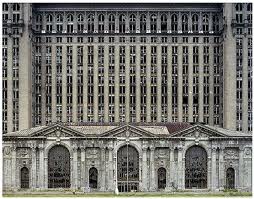 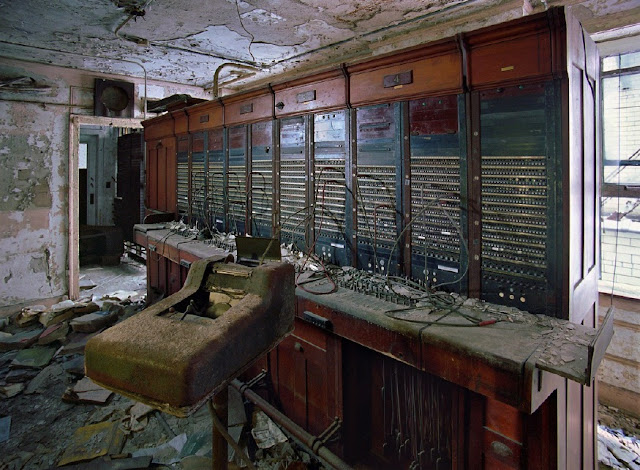 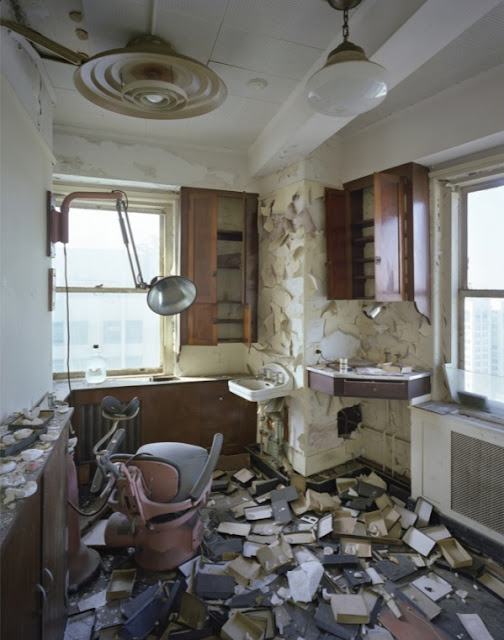 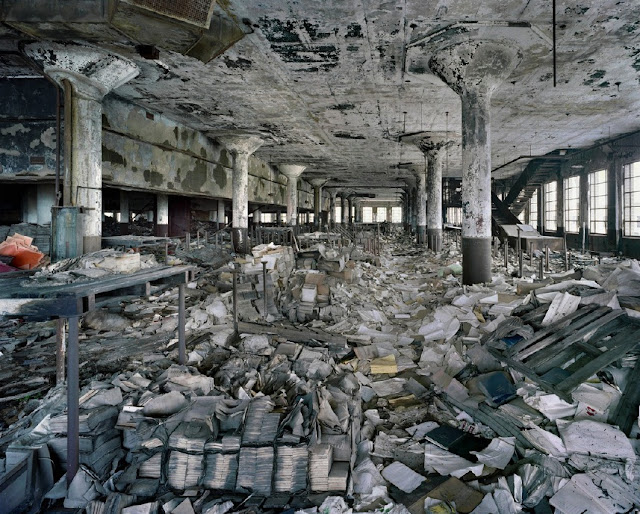 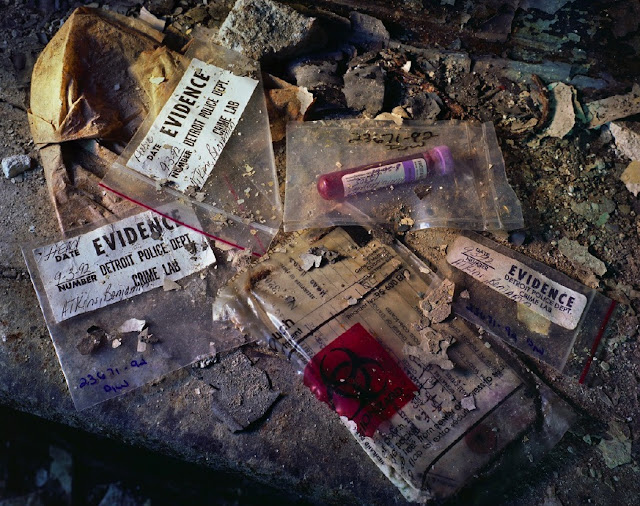 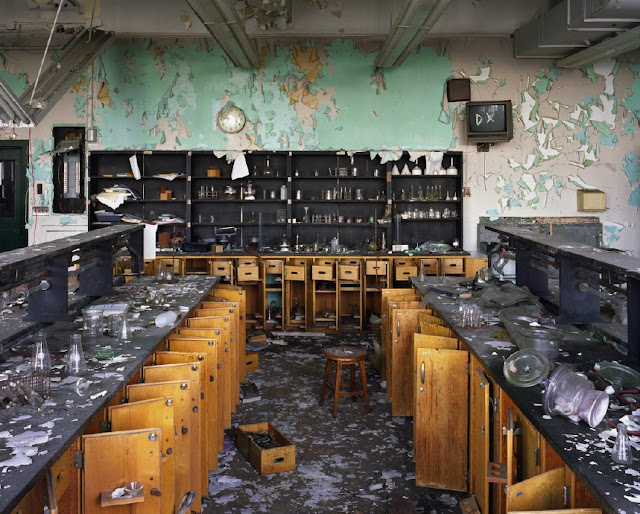 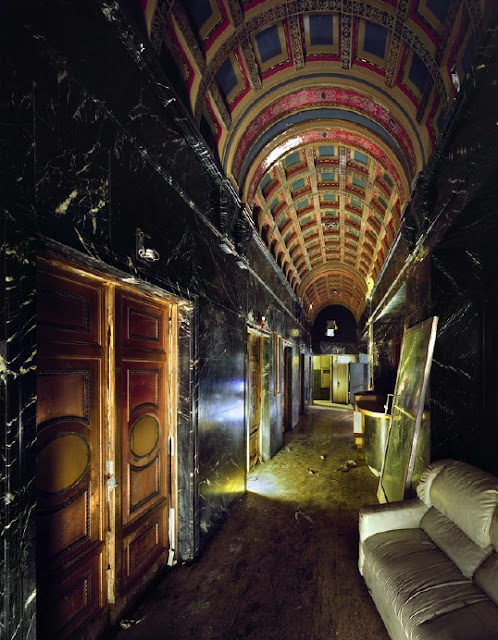 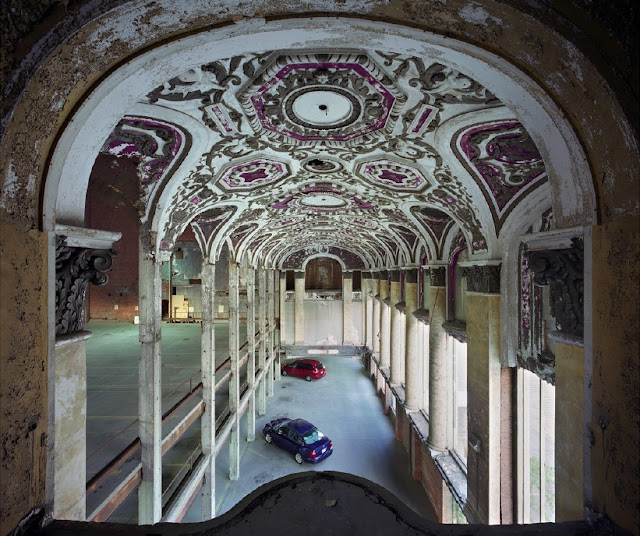 
The photographs by Yves Marchand and Romain Meffre are absolutely haunting and beautiful.  Their book, The Ruins of Detroit, is a must have.

Wow wow wow. Great stuff. It blows my mind to see all this amazing architecture just left to rot. These are particularly great images of the Detroit crisis. I really enjoy those old photos too. Don't see many like that on the net.

Thanks for posting them.