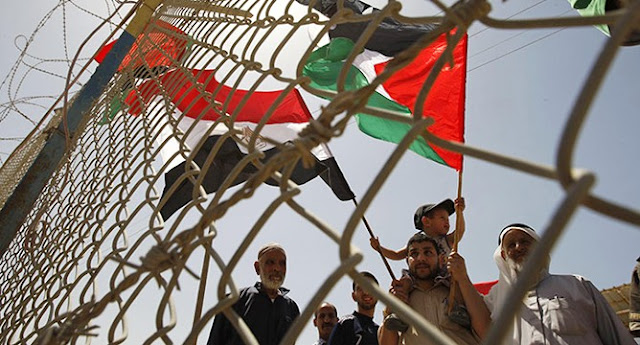 Sometimes it seems as if every time someone in the Tea Party breathes the mainstream press finds a way to label it as racist or promoting violence. Yet all of the anti-Semitic posters, chants and comments as well as the ones demonizing Israel made by the Occupy Wall Street protesters are virtually ignored my the media. Making matters worse, the media has been negligent in performing its investigative duties because with just a little research they would discover that the Antisemitism may be a symptom of the fact that there are virulent Jew-haters and Israel-bashers in the ranks of OWS's founding "fathers."
Take Adbusters for example.  In a post dated June 9, 2011 Adbusters issued the original Occupy Wall Street ‘call to arms’.

When it comes time to discuss Israel, Adbusters finds a way to describe the Jewish State in the most offensive of terms. While not specifically mentioning Jews, Adbusters substitutes other terms to make false and border-line anti-Semitic comments, or trying to set up the Jews/Israel as the scapegoat for America's problems.
Understand this is not a matter of disagreeing with Israeli policy, not everyone who is anti-Israel is anti-Semitic but when one says the Jews control the banks, or are committing non-existent atrocities just to reinvent the ancient blood-libel claim, that isn't disagreeing with Israel, that is Antisemitism. 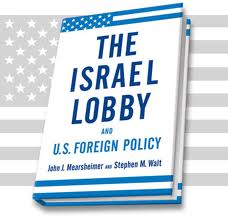 The founder of Occupy DC falls into the same category Kevin Zeese, a founder of Occupy DC, was once the attorney for NORML, National Organization for the Reform of Marijuana Law and when it comes to Jews and Israel Zeese acts like someone whose brain has suffered the effects of too much Maui Wowie.
In 2006 Zeese ran on the Green Party Ticket in an attempt to become US Senator from Maryland.  One of his key platforms was the "Israel Lobby" has too much power, which is just a "nice" way of saying the Jews control the government.

There is, too, another factor which causes friction. It is the arrogance of some of the Israel’s apologists! Their condescending attitudes and their use of smear tactics towards those who dare to speak out for the good of our Republic is deeply resented by their targets and, too, by the wider community. It reminds some of how the British imperialists regularly abused our gallant patriots before the Revolution. As brave Americans die daily in the Neocon-inspired Iraqi War, and others ingest the toxic depleted uranium dust, those feelings against a militant Israel, and its haughty and schoolyard bully of a Lobby, will only persist.

During the Campaign he accused Israel of making terror attacks against citizens in Lebanon and Gaza, something that never happened, and promoted the anti-Semitic John Mearsheimer and Stephen Walt book which claimed that some nefarious Jewish Lobby was controlling US Foreign Policy.

In an action unprecedented in Maryland politics, Kevin Zeese, an Independent candidate in Maryland for the U.S. Senate, has demanded that an incumbent congressman, who has close ties to the powerful Israel Lobby, break his silence on Israeli wrongdoing. In one of his four “Open Letters” to Rep. Ben Cardin (D-MD), dated July 17, 2006, Zeese requested that the “ardent supporter” of Israel end “his sin of silence" and speak out about "the brutal terrorist attacks by Israel on civilians in Lebanon and Gaza."  A scholarly report, the "Harvard Study," revealed that the Israel Lobby has exercised "unmatched power" over U.S. foreign policy, which hasn't been in our "national interest."

In the video below Zeese says the Israel lobby has purchased both political parties and they control the US Economy.

Another key founder of Occupy Wall Street is the October 2011 group. Rather than one organization, October 2011 is an alliance of many organizations, many of which have an anti-Israel stance. Not just a stance which disagrees with the Jewish State, but ones that seek to demonize Israel and make it the scapegoat for all that is wrong with the world.  Here are some quotes: 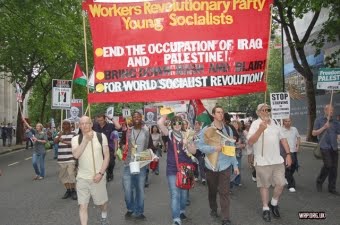 I don't want to give you the impression that I am cherry-picking organizations involved in October 2011, after all these are only five of the 164 group alliance,  Truth be told I only looked through the "A"s, who knows what venom is in the 155 groups I didn't have time to research.
Over the past month there have been many comparisons between the Tea Party and the Occupy Wall Street Movement. Here is one comparison that the Mainstream Media will not make.  The MSM worked very hard to brand the Tea Party Movement as Racist, but it wasn't. They are working just as hard to ignore the blatant Antisemitism and libelous demonization of Israel coming out of the Occupy Wall Street protests, and they are.


It is not just a few nuts within the Occupy Wall Street Movement who are bashing Israel and Jews, it is the leadership and founders, yet our President and the rest of the Democratic Party are practically tripping over their underwear in a rush to embrace these haters.

Jazz Hands For Dummies (A MUST SEE)

And, Now, The Communist Party of the USA Joins, Too:  First Brown, Then Red
Emails Expose the True Nature of the #Occupy Movement