Behold The Mythical Muslim Backlash! 'Muslim Kids Are Being Executed In America' And It's An Epidemic!!!11!! 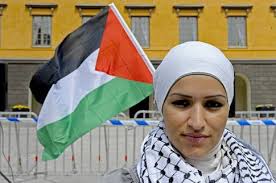 'Cuz, like, um, ya know, the kids in North Carolina were not only definitely killed because they were Muslims, but they are just the tip of the unreported mountain of Islamophobic executions...or something...

As you read this, remember the loud, vocal condemnations that Ms Sarsour made when Tamerlan Tsarnaev was revealed to be the murderer of Brendan Mess, Erik Weissman, and Raphael Teken, three Jews, on 11 September 2011 as other Muslims were murdering 4 Americans in Benghazi.  Oh, that's right.  She's never said a word about it.

Hardly a week passes that we don’t learn of another mass execution committed in the Mideast by the medieval Islamist thugs in ISIS.

But did you know that Muslims children are being executed in the United States? It must be true because I heard it last night on “The Rachel Maddow Show” and, no, it didn’t come from defrocked anchor Brian Williams.

Maddow was talking about the “Countering Violent Extremism” summit at the White House with Linda Sarsour, “advocacy and civic engagement coordinator” at the National Network for Arab American Communities, when Sarsour made the startling claim.

FACT: More Muslim women and girls have been killed by their Muslim men in the United States than Muslim 'kids being executed in America' by non-Muslims.

Now, who is Linda Sarsour, you ask? 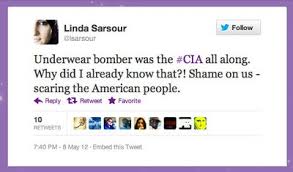