Well, Hellooooo There, Mr Oblivious. It Sure As Hell Took You Long Enough To Get Real, Honey.


John Galt may be a fictional character, but there are many like him all around you, Mr Oblivious, who want nothing more to do than to:


And, also, to give you and your Social Justice minions both the literal and figurative finger on takeoff or push-off. 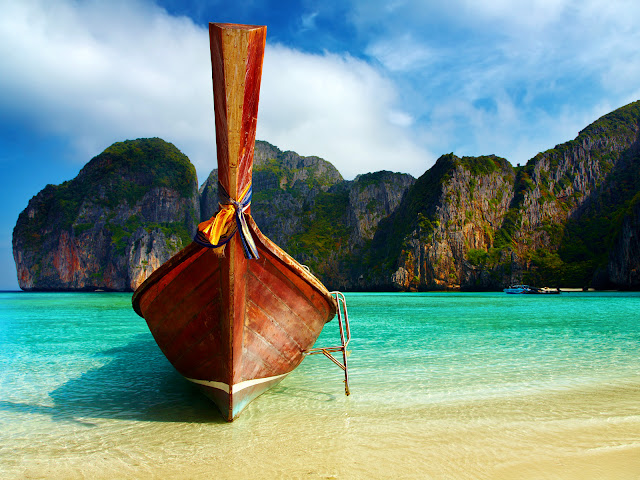 A playboat that could very well belong to a member of the KISS MY ASS, UNCLE SOCIALIST SAM, SOCIAL CLUB!


A growing number of Americans is thinking about turning expat, according to a survey by America Wave and Zogby International.

The share of Americans planning to relocate increased to 2.5 percent from 0.8 percent in 2009. If this number describes the entire population, that means around 6 million Americans are planning on leaving the country.

America Wave's Bob Adams (a Business Insider contributor) found that single people, political conservatives and men were more likely to be in this group.

A shocking 40% of young people said they were thinking about relocating, though few in this group had concrete plans to do so.

Reasons to leave America may include better weather and a better jobs market. 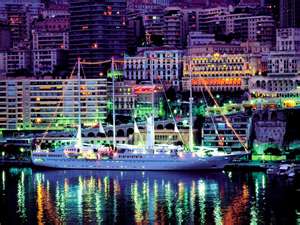 Meet the Growing Number of Americans, Who Want to Move Abroad, and Many, Who Wish To Surrender Their United States citizenship.


THE NUMBER OF AMERICANS DEFINITELY PLANNING TO RELOCATE SINCE 2009 HAS INCREASED BY 1.5%. 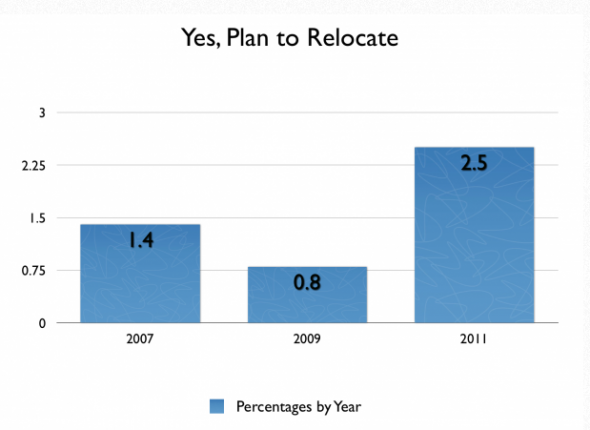 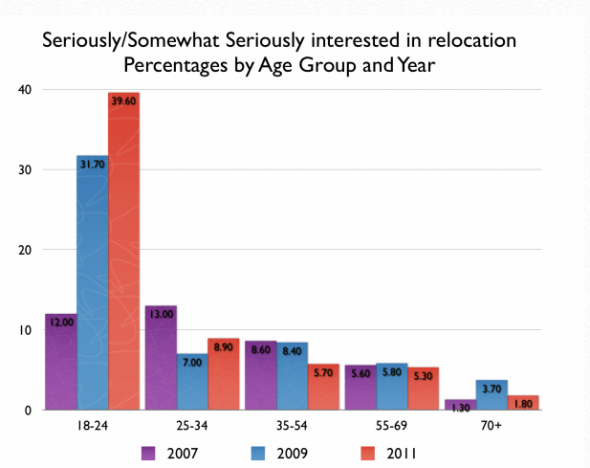 5.1% OF AMERICANS AGED 25-34 HAVEN'T MADE THE FINAL DECISION YET, BUT ARE IN THE PLANNING STATES OF RELOCATION. 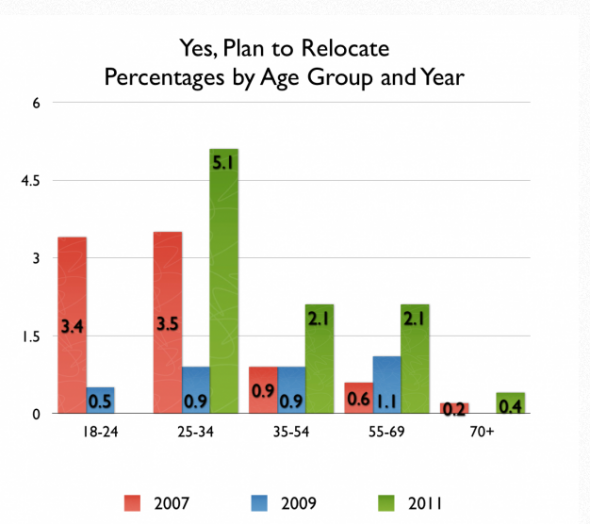 MEN ARE MORE WILLING TO QUIT THE UNITED STATES THAN WOMEN. 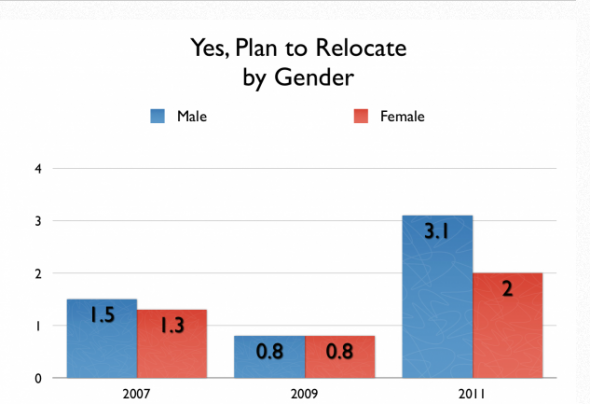 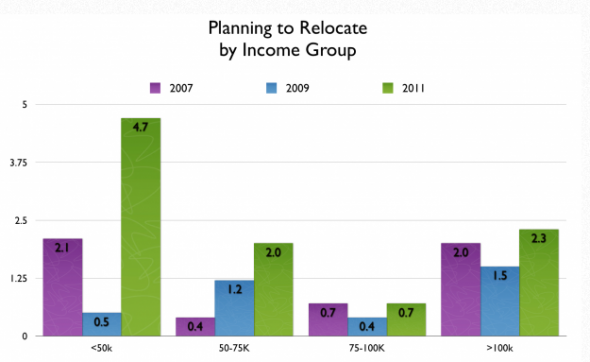 RELOCATION PLANS ARE PRETTY CONSISTENT FOR AMERICANS WITH OR WITHOUT COLLEGE DEGREES. 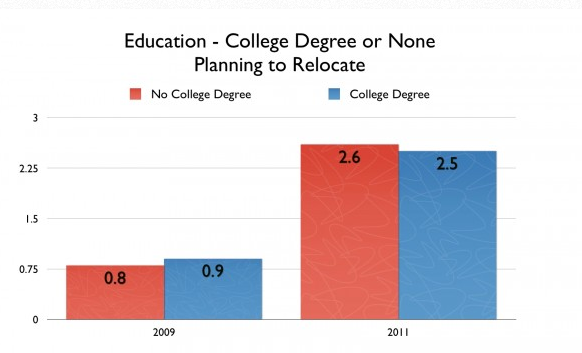 SINGLE AMERICANS ARE MORE LIKELY TO RELOCATE THAN THEIR MARRIED COUNTERPARTS. 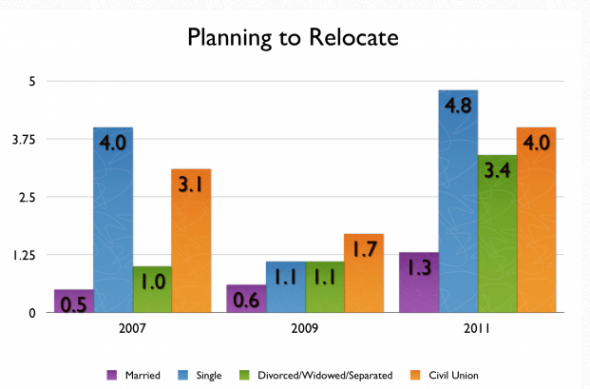 CONSERVATIVES ARE MORE LIKELY TO RELOCATE THAN THOSE PROFESSING ANY OTHER IDEOLOGY. 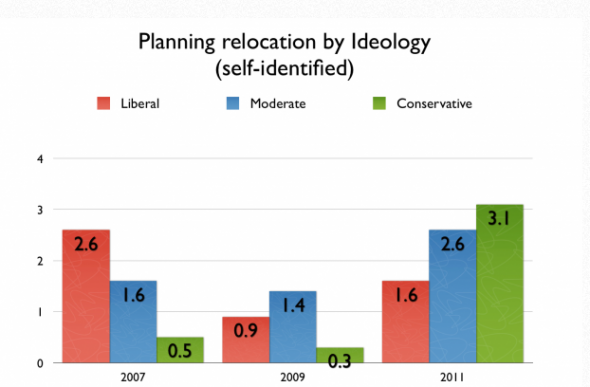 THE NUMBER OF SELF-IDENTIFIED INVESTORS CONTEMPLATING MOVING ABROAD HAS JUMP 2.9% SINCE 2009. 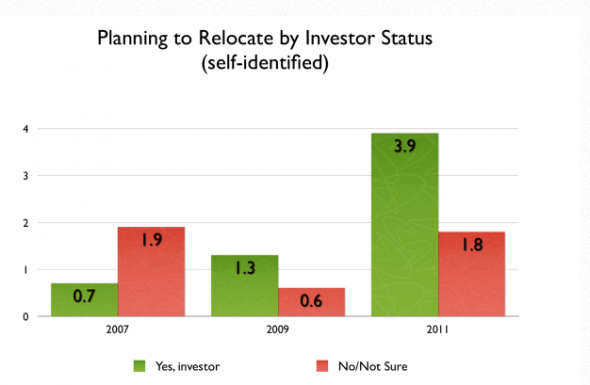 Mr Oblivious, now, that reality has partially dawned on you and you finally realise that people would rather leave the bloody country than to live under Obama or like-minded politicians with their redistribution schemes and constant carping on those that are the ones pay the taxes, provide the money to fund the damn government, and are the backbone of the economy, here's more for you:

He cannot do anything without our tax dollars!  Leave!  Go on a capital strike!  Go on an income strike!

Join us and come home from DC, do something honourable there or prepare for impact - oh, and, because we are approaching our credit limit with the Chinese, there are no flotation devices or airbags.  Good luck.  Credit card declined.  They no sell to us.

Exit question:  Did you really believe that we were going to fund your utopia?  Read Sun Tzu's "The Art of War" and learn that we are your enemies.

Well, Hellooooo There, Mr Fat, Bald, and Oblivious. It Sure Has Hell Took You Long Enough To Get Real, Honey.

Mr & Ms Progressive, I Think That You Already Know Monsieur Petard, But Please Allow Me To Introduce You To Your Hoist