'Toon of the Day: When @George_Osborne Speaks About 'Putting The #NextGen First', He's Talking About Himself 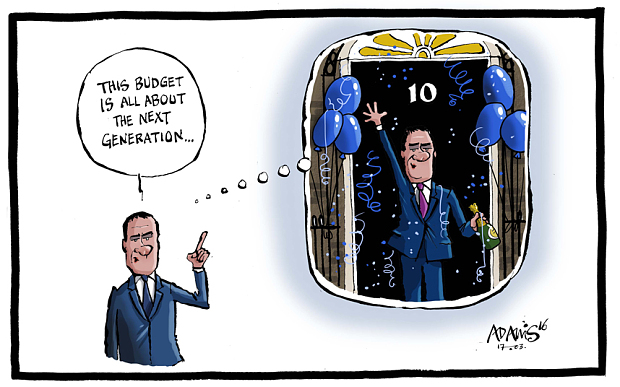 Budget was about Osborne's career and the EU

Osborne's populism will come back to bite him

Sometimes it’s the smaller things that reveal where a politician stands.

British Chancellor of the Exchequer (finance minister) George Osborne today unveiled his latest budget. There was plenty in it that was praiseworthy, but then (The Daily Telegraph reports) there was this:

Britain will become one of the first countries in the world to introduce a sugar tax on soft drinks….The Chancellor said that he could not stand by while children became obese and revealed a new levy on soft drink firms that would be used to fund sport in primary schools.

“For the children”. Of course.

However, a surprising and beloved beverage will be affected by it. That beverage is Gin and Tonic. This is because tonic water has sugar in it – a shocking 9g per 100g.The devastating news comes after the fact we may be heading into a gin shortage.

Christopher Snowdon notes claims that this new tax could “save”  the National Health Service up to £300m over 20 years, but:

What they neglect to mention (but have mentioned previously) is that their sugary drinks tax would cost taxpayers £20 billion over those same 20 years.

GuidoFawkes: George Osborne’s sugar tax extends the reach of the nanny state, it is a punitive, regressive tax that will hit the poorest hardest. The Chancellor told the House:

“We understand that tax effects behaviour. So let’s tax the things we want to reduce”.

This is a naked attempt to coerce individuals into behaving how the state desires, making them pay if they don’t conform.

Extensive research from the Institute of Economic Affairs shows that sugar taxes are a highly regressive tax on the poor. They take a considerably greater share of income from the poor than the rich.

Lower income consumers are also less responsive to price changes than the rich. This massively exacerbates the regressive impact.

Research also shows that rather than encouraging consumers to cut sugary drinks out of their diets, sugar taxes force them into buying cheaper, inferior products, sometimes switching to higher calorie drinks in the process. Sugar taxes have been tried in various US states, France, Hungary, Finland, Mexico and Denmark. No impact on obesity or health has ever been found as a result of a sugar tax.

And if you think this will stop with fizzy drinks, I have a restaurant smoking section to sell you.
So to sum up – the tax is regressive, reasonably complicated to administer (more bureaucrats!), and is unlikely to achieve its stated goal. Perhaps most importantly of all, it extends the power of the state even deeper into areas of personal choice. A senior conservative politician ought to understand that it is not up to government to ‘nudge’ individuals away from that can of coke. But not in this case, it seems. To be fair, this move has its fans. 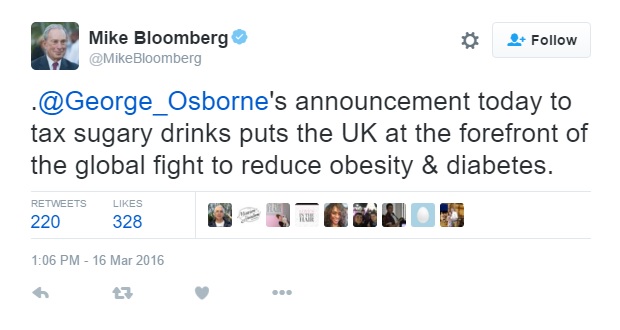 There’s one other thing: Take a look at this from a piece in The Spectator last year:

If you dig around in Defra’s [The British government’s Department for Environment, Food & Rural Affairs] source material, you can see that sugar consumption has declined by 16 per cent since 1992. This is confirmed by data on the availability of sugar which shows a decline of about 20 per cent since the 1970s. It is also confirmed by the National Diet and Nutrition Survey and the Nutritional Survey of British Adults. We can argue about the exact size of the decline, but all the evidence points in the same direction. We eat less sugar today than we did in Public Health England’s shangri-la of 30 or 40 years ago.