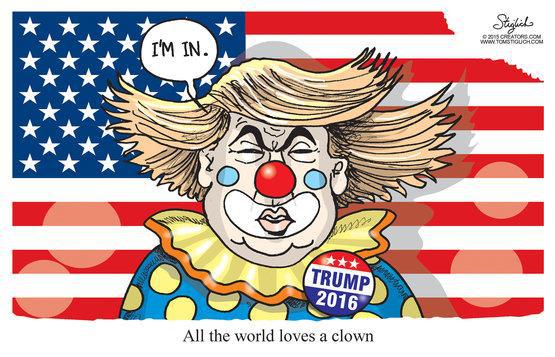 'The Boss Emeritus has the word for you: UNHINGED.'

I assume by Boss Emeritus you are referring to Michelle Malkin. Andrew Breitbart And Michelle Malkin Warned Conservatives About The Donald

But people were sounding the warning bells back when Trump was last threatening a presidential bid in 2011. Among them was the now-deceased Andrew Breitbart. 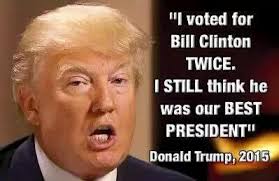 Here is what he had to say:

Of course, he’s not a conservative. He was for Rep. Nancy Pelosi (D-CA), before he was against Rep. Nancy Pelosi (D-CA)…celebrity is everything in this country if these guys don’t learn how to play the media the way Barack Obama played the media last election cycle and the way that Donald Trump is playing the election cycle–we’re going to probably get a celebrity candidate.

Ironically, the Breitbart website has seemingly been the online driving force behind Trump’s candidacy. Andrew Breitbart, if he were still alive, would have never allowed that to happen.

Michelle Malkin has had a very public feud with Trump going back to 2011 as well…and it has continued. She wrote a devastating column about “Donald Trump’s eminent-domain empire.”

Trump has attempted to use the same tactics in Connecticut and has championed the reviled Kelo vs. City of New London Supreme Court ruling upholding expansive use of eminent domain. He told Fox News anchor Neil Cavuto that he agreed with the ruling “100 percent” and defended the chilling power of government to kick people out of their homes and businesses based on arbitrary determinations:

“The fact is, if you have a person living in an area that’s not even necessarily a good area, and government, whether it’s local or whatever, government wants to build a tremendous economic development, where a lot of people are going to be put to work and make (an) area that’s not good into a good area, and move the person that’s living there into a better place — now, I know it might not be their choice — but move the person to a better place and yet create thousands upon thousands of jobs and beautification and lots of other things, I think it happens to be good.”

Undoubtedly, hardcore Trump supporters will read this piece and add Breitbart and Malkin to their hate lists. 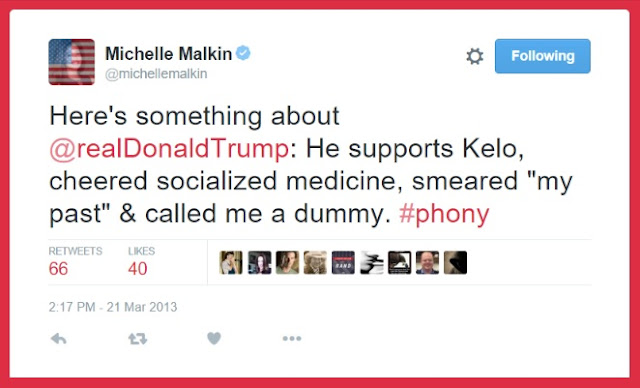 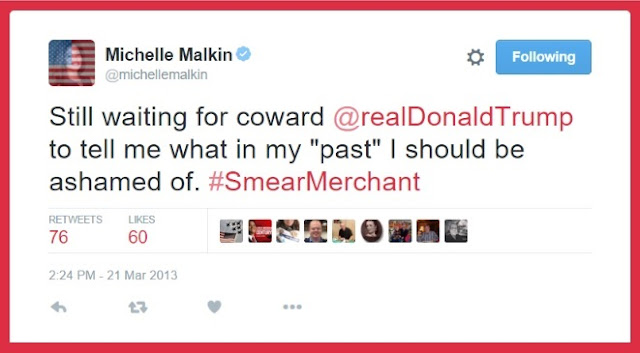 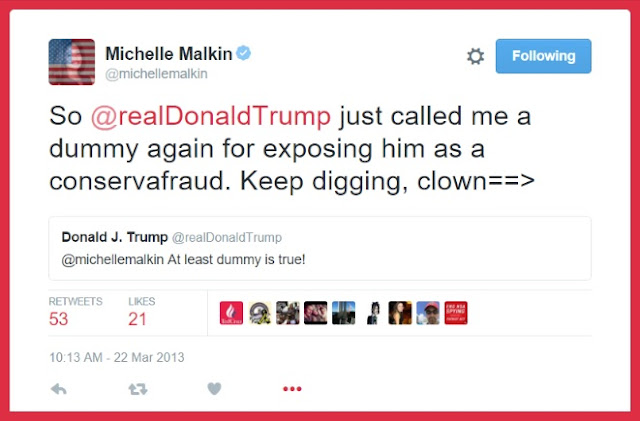 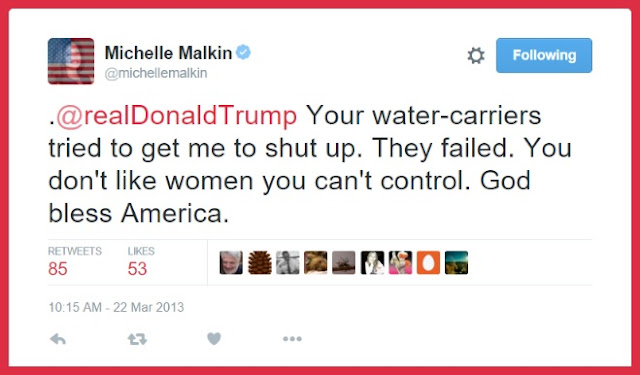 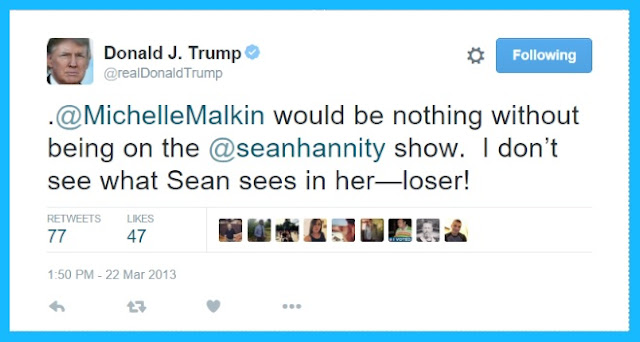 When Trump was still on his birther kick, Malkin bashed him on 'Fox and Friends,' saying:

'Donald Trump has built his entire empire in defiance of core Tea Party principles (such as his frequent partnerships with government on real estate projects) It’s time for those conservatives who’ve been flirting with Donald Trump to get serious themselves.'

Frankly, I have seen people banned for much, much, much less than calling a woman a slut.

I am not saying that you have called anyone such, but you know that many have.

I can’t wait to see how fast the banhammer comes down on any poster that makes the foolish mistake of calling the Boss Emeritus the same names that they have been calling Megyn Kelly. (Full disclosure: I have defended Trump in many of the ridiculous Trump-Kelly contretemps, but not all.) 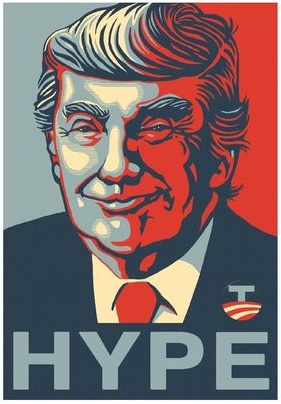 'Not only are you soiling yourself now, you are rolling around in your own waste. Michelle Malkin 2015':

“I completely understand why so many of my friends have thrown in with Donald Trump despite what I think should be some underlying real concerns and suspicions about where his instincts are and where his gut is,” she told TheBlaze. “If I had to choose between Donald Trump, Marco Rubio and Hillary Clinton I wouldn’t have any hesitation pulling the lever for Donald Trump,” she added later in the interview.

Message to all Trump supporters from the Boss Emeritus, Michelle Malkin: “If I had to choose between Donald Trump, Marco Rubio and Hillary Clinton I wouldn’t have any hesitation pulling the lever for Donald Trump,” she added later in the interview.

So would I. I’d rather need 10 root canals (Trump) than breast cancer (Rubio) or total organ failure (Her Imperial Royal Thighness).